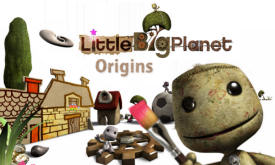 MediaMolecule’s upcoming release for the Playstation 3, LittleBigPlanet, is certainly causing quite a stir, both here on Co-Optimus and abroad. With the recent announcement that not only will there be Sackboys of characters from your favorite third-party Sony games, but all of the user-created beta levels will be available at launch as well, the hype for this game is growing more and more. With the game now officially available, we here at Co-Optimus thought we’d take a look back at classic games that have helped to pave the way for games like LittleBigPlanet.

When you get right down to the basics of it, LittleBigPlanet is a platformer with user-generated content and, of course, co-operative gameplay. It’s a bit early to tell whether this combination will make for a successful new IP in the world of video games; however, early indications certainly seem favorable. LittleBigPlanet may be the latest outing with elements of co-op platforming and do-it-yourself level building, it owes quite a bit to those games and franchises that came before it and broke the ground for each of these respective elements. So let’s take a trip to the past and look at just two of the games that helped shape these familiar game mechanics.

Doing a search of co-op platformers will yield quite a few results, both recent and old. One game in particular, however, sticks out for me as being an outstanding co-op platformer: The Lost Vikings. It may be surprising to some that Blizzard has done games other than Diablo, Warcraft, or Starcraft, but what shouldn’t be surprising is that the same quality that is present in those games was present for a game (and its sequel) that predates those series by at least 3 years. 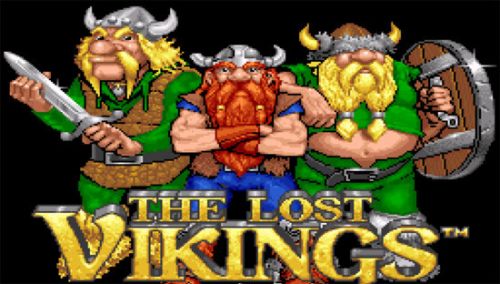 The premise for The Lost Vikings might not be anything to write home about (the three Vikings are kidnapped by Emperor Tomator of the Croutonian empire and put in an inter-galactic zoo), but the gameplay was truly unique and creative for the time. In order to complete the 37 stages that spanned across 6 different themed worlds, the player had to switch off between each of the Vikings, Erik the Swift, Baleog the Fierce, and Olaf the Stout, and use their abilities to solve the puzzles and clear the path for one of the others so they could proceed and do the same. This was one of the first games I can remember playing that successfully paired the “each individual has their own ability” puzzle aspect of games like Lemmings with the traditional platformer. What’s more, while the story may not have been the greatest, the Vikings themselves made up for it with their between-level dialogue. Being a Blizzard game, the Vikings had plenty of commentary to make about their situation, each other, pop culture, and the videogame industry as a whole.

Olaf: If Tomator is so evil, then why does he leave these… bombs and machines for us to use? Baleog: No one else in videogames wonders about that stuff.
Eric: Yeah, quit being a troublemaker, Olaf.

Baleog: I wonder if this is King Tut's tomb.
Olaf: Who's King Tut?
Eric: Some guy Steve Martin wrote a song about.
Olaf: Oh, that's right.

As if that wasn’t enough to make a great game, The Lost Vikings also included some of the best co-op action of the time. Many of the puzzles in the later levels required using the abilities of two, or even all three, of the Vikings in coordination in order to solve them and switching back and forth between each of the Vikings to progress just a few inches got a bit tiresome. Bringing a friend along to play with you not only meant that solving these puzzles became a lot easier, but the individual puzzles that each Viking could only solve individually went faster as well. This was due to the fact that the developers were smart enough to realize that tethering the Vikings to one another and forcing them to be on the same screen would pretty much make the game impossible to clear, so a split screen mechanic went into effect whenever the players were a certain distance from each other. This greatly sped up progression through the levels and made the play experience that much better. Sure it could be frustrating if your friend accidentally killed off a Viking, but more often than not, it was just funny. Besides, most of the levels were such a blast to play anyway that restarting a level just meant you got to experience the fun all over again!

So what does this have to do with LittleBigPlanet, aside from the fact that both have co-op? Well, specifically, both games have some degree of co-op puzzle platforming. While LittleBigPlanet may not give the Sackboys and Sackgirls their own unique abilities that they need to use in order traverse the levels, there are certain challenges that you’ll face in levels that can only be solved with the help of another person. Even if the 60 pre-made levels that come packaged with LittleBigPlanet don’t provide you with all of the co-op opportunities you require, you can always create a level with your friends locally until the on-line version is patched into the game. If that sounds like too much work, though, rest assured that there are players out there in the world working on making the most mind-boggling, most fun co-op only level to post on-line.