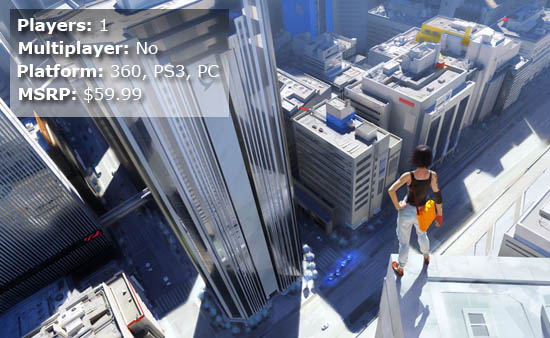 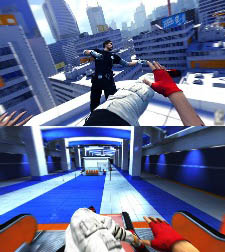 There's a moment in Mirror's Edge when you find yourself standing on a rooftop overlooking an immaculate city of whites, reds and blues;  the trance soundtrack thumps in the background and the sound of wind echos from your tv.  You realize that in a moment those rooftops in front of you are your playground, your life line as you do the things you've only seen in Hollywood chase scenes.  Running along walls, sliding under pipes, and leaping over gaps all in an effort to escape what is likely certain death.  There's many moments in Mirror's Edge where your adrenaline kicks in, and it's only interrupted by the sometimes frustrating combat scenarios.  The game was intended to be played without firing a gun at enemies, instead you are meant to run, run run.  I highly recommend you try playing this way,  it's a very rewarding experience.