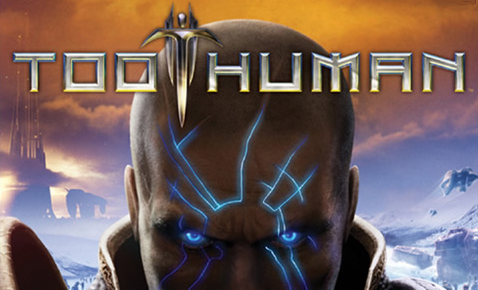 So Too Human has finally been released.  Despite previous rumors, the game hasn't been in development for ten years.  That being said, we have had enough coverage of the Silicon Knights' game to last ten years, and now that the disc is snug and cozy in our Xbox 360s it can all culminate with this review. When we talked with Denis Dyack back in May of this year about Too Human, he told us it was a game that was designed with co-op in mind from the beginning.  After cutting it from four player co-op to two, and removing the story from the co-op mode I'm not quite sure how true this is.  Whether it's time constraints or design decisions certain crucial parts of the co-op experience are simply not there.  There's such a strong character base with all the Norse Gods that it would have been easy to incorporate more of them into the story for co-op.  And despite the limited two player co-op, I can see where four players may have simply been too chaotic and unbalanced. What the cooperative mode of Too Human boils down to is a set of quests that you complete to improve your character and level your items.   Whether your quest is to complete the level, find an epic piece of armor, or fill out the requirements for a charm; there's plenty of things to do.  You can even "power level" your character by jumping into a game with a friend that is of a much higher level than you.  The monsters do scale in number based on the amount of players in the game, but it doesn't appear to scale the level of them all that much.  For instance, I was a level 37 Berserker while my buddy was a level 50 Berserker's and we were facing level 55 mobs.  I died...a lot...but I also quickly gained 4 levels in an hour.  I don't want to sound too negative on the game, because despite the numerous reviews you may have read, Too Human isn't a bad game.  The loot collecting and items themselves are a huge addiction, with seemingly endless possibilities for your weapons and armor.  Everyone of them have slots for Runes in which you can update and add attributes to, making weapons and armor even more bad ass.  Of course, half the fun is jumping online and showing off your swag to your friends, and all that phat loot you collect is tradeable.  The other great thing about the co-op mode is the difference in classes and how these can be used to support each other.  Each class has their own unique skill tree, each with three distinct paths and powers on it, for a total of 15 possible character builds.  Each class can fit into a defined role, whether that's healer, support, tank, damage dealer, etc.  On top of that, each class has a native buff on them that stacks onto their teammate's buff as well, making both of you even more badass in co-op. What Too Human is, is a solid groundwork for a trilogy.  When Too Human 2 and 3 hit you'll be able to import your characters from the previous games - and according to recent interviews with Denis Dyack - 4 player co-op isn't completely ruled out yet.  You won't find another game as deep or that does more than Too Human does; and all of it can be done with a friend.

The Co-Op Experience: The Co-Op Experience Play with up to 2 players online with drop-in/drop-out co-op support. The entire game was designed from the ground up for co-op including co-op specific character perks, item trading, character classes, and more. The game is an action RPG combining Norse mythology with cyberpunk tech. It's been touted as the evolution of Diablo. Be sure to read our Interview for more details!