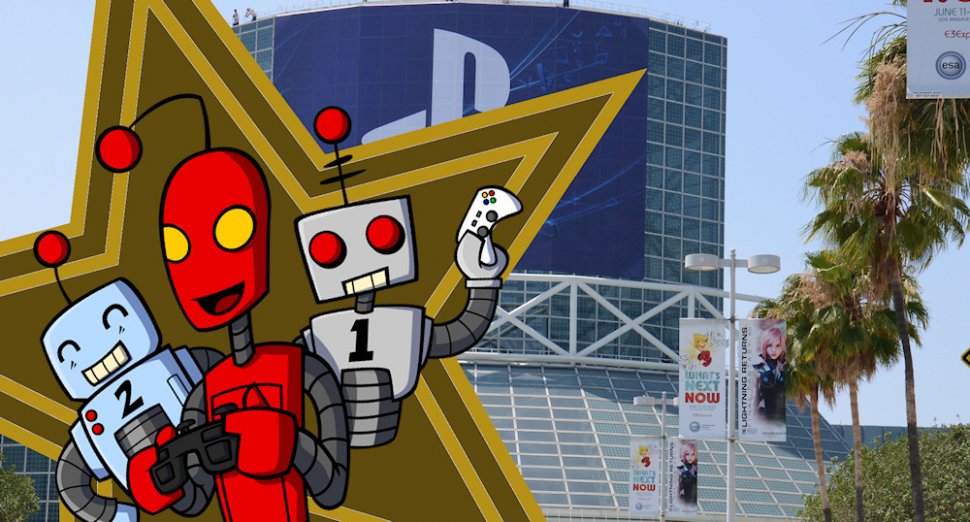 E3 2013 has wrapped and the long, hot summer of anticipation has begun. We were granted access to next-gen consoles and THE GAMES OF TOMORROW. Wielding our co-op gaming expertise, we have judged the offerings of industry titans and pugnacious indies. We created the Co-Optimus E3 2013 Game of Show Award to separate the lavish trailers and spectacular booths from real, hands-on gameplay. There are several contenders, but there is only one winner.. To qualify, the game had to have be playable cooperatively. That’s it. These are the co-op games to watch in the months to come. These are the titles that made an impression in a sea of digital escapism. These are our Co-Optimus E3 2013 Game of Show Nominees! Oh, and one standout winner. The sequel to the outstanding RTS features cooperative comp-stomp skirmishes and a Theater of War mode. CoH2 shifts focus to the eastern European front of World War 2. Units will be adversely affected by the crippling cold of the Russian frontier. Warm your units in the pyres of your enemies. Take control of the Red Army, join a friend, and push the Nazi forces back to Berlin. What we played felt incredibly polished and it easily reminded us what makes Company of Heroes so much fun. The console port of last year’s biggest ARPG has long been rumored. The living room version of Diablo 3 has more of an arcade feel when played with a gamepad, which is not a bad thing for the more casual couch co-op crowd. The easy access menu screens will also keep the action going in the heat of battle. Hardcores will still be able to grind for epic loot in the higher difficulty levels. Online players will enjoy a screen to themselves and their own loot drops. Solid all the way through.  We were impressed with how well Diablo 3 played on the console. It felt like a natural fit. This fantasy hack and slash adventure sets itself apart from others in the genre with beautiful artwork and shameless character design. The screen is spilling over with lavish enemies to kill and priceless treasure to collect. The gameplay is crisp and fast-paced. The whole experience harkens back to the glorious days of four player cabinet brawlers which were the heart and soul of arcades.   What impressed us the most was the fantastic mix of amazing visuals and classic gameplay. The video game version of a blockbuster B-movie. It may not have the budget or story of the triple A titles, but there’s something there that keeps fans coming back for more. The third-person shooter will feature hundreds of guns and millions of alien bugs to annihilate. New weapon systems and vehicles require multiple players players to be used effectively, adding another level of cooperation. The EDF franchise is at times mindless, often manic, and always fun. This clever little indie game features two intrepid space explorers and their badly understaffed starship. Players must defend themselves from alien craft and rogue asteroids by using a variety of weapons and defensive items. “Who shoots?” “Who shields?” “For the love of God, Who’s flying the ship?” These are the important questions Lovers in a Dangerous Space Time asks. Can you answer them? It’s amazing just how simple this gameplay concept is, but just how genius it is at the same time. This clever action puzzler focuses on cooperative teamwork. Players take control of four scientifically enhanced creatures, using their physics based powers to solve environmental puzzles. These puzzles will adapt themselves to the player count, offering a unique and dynamic cooperative experience.

And the winner is... It was a tough decision, but PAYDAY 2 is pushing the boundaries set by its predecessor. This game requires good communication and effective cooperation skills to get the most out of it. The rush of completing a successful heist with a group of friends is a top notch co-op gaming experience. There's an insane amount of replayability, customization, and depth. If Overkill can deliver on all the features it has promised, PAYDAY 2 should be one of the best cooperative games of 2013.