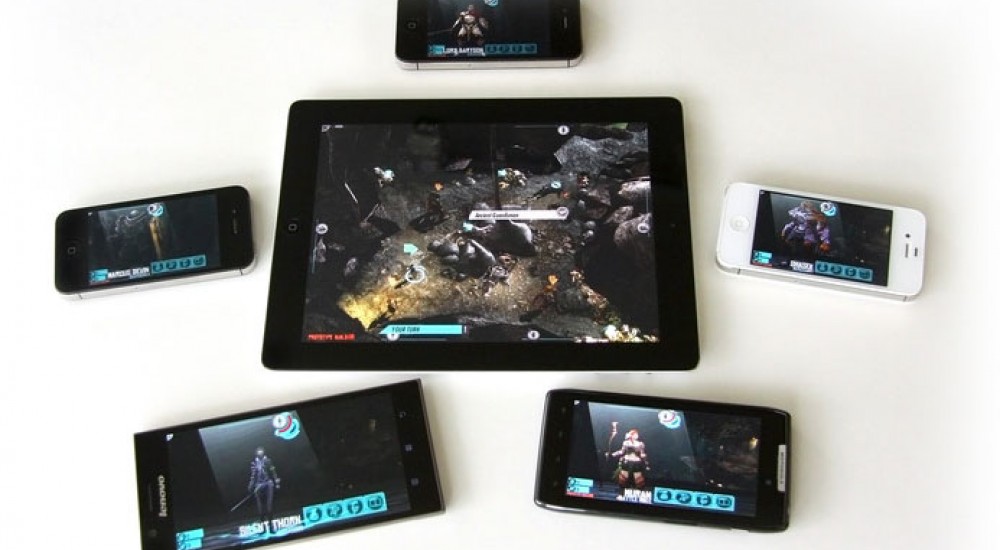 You may remember that this last year at PAX East, I went hands-on with a neat little game called Eon Altar. Eon Altar combines a tabletop RPG experience with the modern technology of smartphones and tablets for pretty awesome results. Last week, a kickstarter was launched for the game, and now it's your turn to help out if you want to see this game come to life.

In Eon Altar, you and your friends are playing a group of adventurers who are tasked with the normal RPG fare: exploring dungeons, fighting monsters, and getting loot. The great thing about the game is that instead of a normal tabletop experience with paper maps, plastic minis, and dice, players will instead be able the see the action on a central tablet (either a tablet or PC monitor). Instead of paper character sheets, players connect their smartphones (android, iOS, and Windows are all supported!). It gets even better, though: the game also plans to support "distance mode," so you can play with friends all over the world. You can check out the basics of play in the kickstarter video below:

But Eon Altar needs interested players' help. Earlier this year, developer Flying Helmet Games shipped the prototype of Eon Altar to various publishers. While they were interested in the game, they wanted earth-shattering changes, such as making the game a single-player game. Around here, them's killing words.

Eon Altar is an ambitious game - and a game I very much wanted to play after I went hands-on with it. Integrating the tabletop experience with modern technology certainly looks like the future to me, and Eon Altar looks to be a great pioneer.