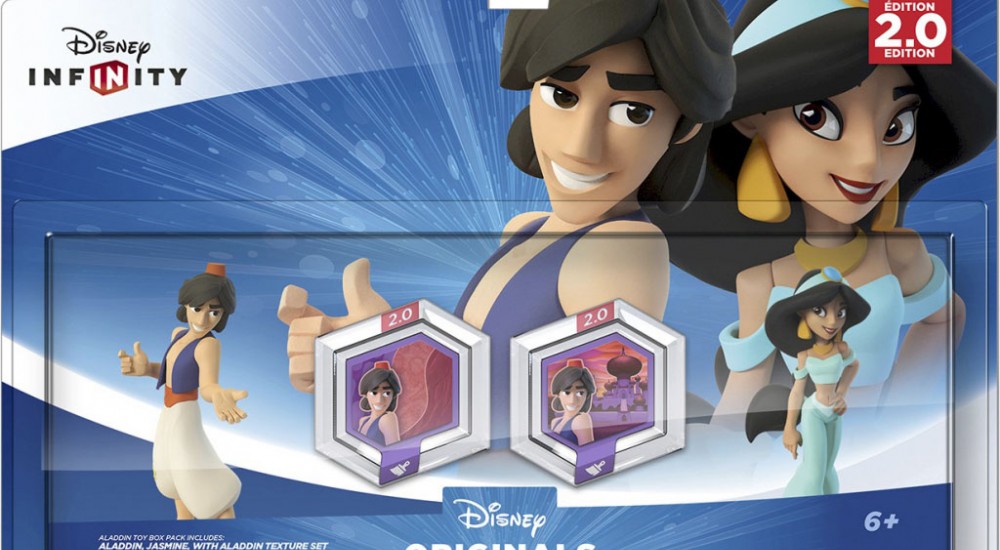 Princess Jasmine from Aladdin is joining the roster this week. She's available both individually and as part of the Aladdin Toy Box Pack (includes Jasmine, Aladdin, and the two power discs Jasmine's Palace View and the Sands of Agrabah). Four Marvel characters were also released: the Villians Loki, Ronan, Green Goblin as well as Guardians of the Galaxy's Yondu.

While Jasmine and the Marvel characters got physical releases, the two new Tron characters released this week were digital-only releases. Sam Flynn and Quorra are out now on iOS for $2.99. They'll also be released on PC in March.