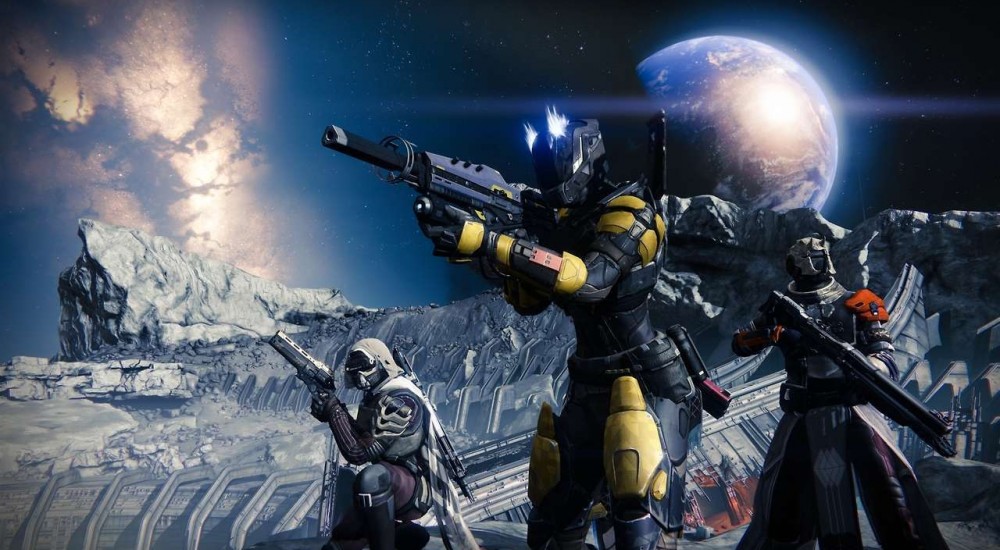 Destiny is coming very soon; September 9 to be exact.  The recent launch trailer showed off the gameplay, but a new trailer for the game is for Playstation 3 and Playstation 4 eyes only.  Check out what extras Sony fans will get, including an exclusive co-op mission.

The co-op aspect of Destiny includes Strike Missions that allow co-op pals to take on events together within the world.  PS3 and PS4 get such a bonus mission set on Mars which sees you taking on a pretty big ship:

The trailer also highlights the other bonus items; weapons, skins, gear etc. Xbox owners need not worry too much, although they won't be getting these extras as the main game is available across all 4 platforms on the same day.