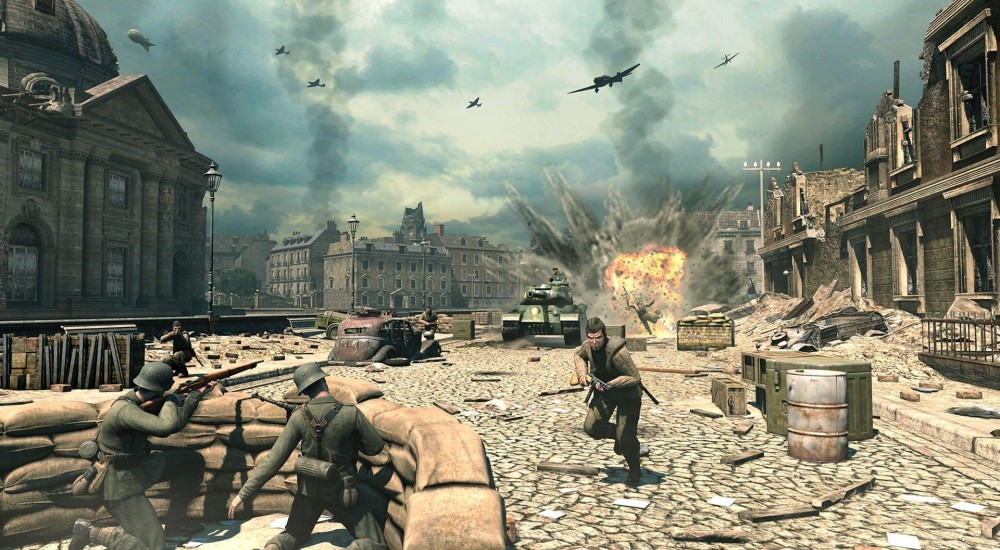 Ah, February.  While it's not quite the miserable depths of winter that define December and January, it's still chilly enough that you can easily excuse yourself from outdoor activities, wrap up in a warm American flag, and blast Nazis in Sniper Elite V2.  Luckily, Xbox Live Gold members can do so for free with their 'Games with Gold' program.

Beginning February 16th, gamers can warm their bodies by the fireplace as they warm their sense of freedom by shooting German soldiers in the kneecaps, faces, and any other body part that tickles their fancy.  Protip:  It's pretty tough to be an enemy of the free world if your ankle is actually a million bits of ankle scattered in a 20-foot radius.  Co-op enthusiasts such as yourselves needn't hold all this sniping goodness to yourselves, though!  Thanks to a full two player co-op campaign, you and a buddy can ensure that the Axis will regret every time they said, "What're the Allies gonna do, shoot our butts off?" Also included in the pack are #IDARB for Xbox One and Brothers: A Tale of Two Sons on Xbox 360.  While the former is available for the entirety of February, the latter can only be downloaded from February 1st through the 15th.  Neither contain co-op gameplay, but both are well worth your time.  If you are in desperate need of a co-op fix, consider that Brothers only uses 2 buttons on either side of the 360 controller, meaning that it could supply some form of "2 players, 1 controller" gameplay in a pinch.

If you aren't currently partaking in Microsoft's Games With Gold program, it's worth at least looking into for the sheer amount of cooperative games that become available from month to month.