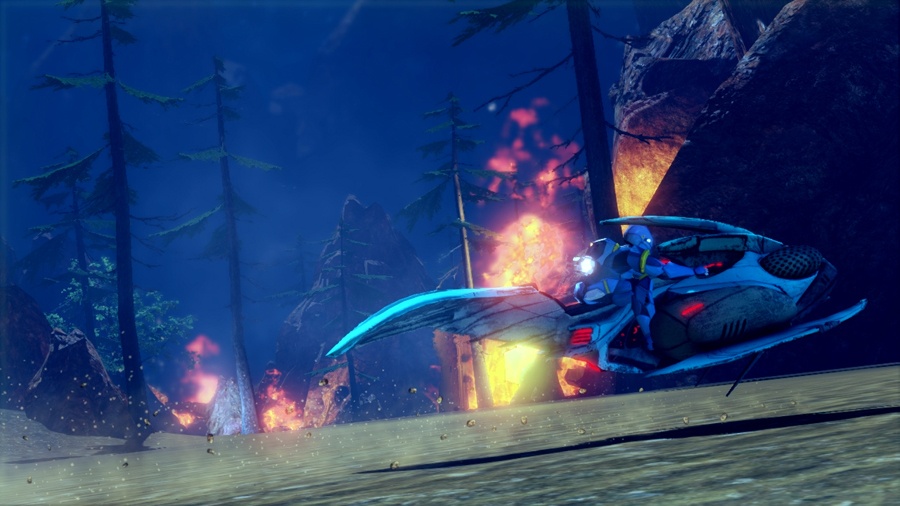 Fans of first-person shooters and dinosaurs alike eagerly await Orion: Dino Beatdown, which was scheduled to debut on Steam this Friday. The wait just got two weeks longer, as Orion's release date has been pushed back to Friday, May 4. A little waiting never hurt anybody, right? Least of all those darn dirty dinosaurs, who basically get a stay of execution. Cheer up, future dino hunters! Balancing out the news of the delay, developer Spiral Game Studios has released a new video that reveals tons of details about the game's classes, buildings, and vehicles.

Buildings: Each map contains three types of buildings for players to use.

Vehicles: These can be purchased in the Barracks.

While the character types and vehicles will seem familiar to players of Halo Reach or Borderlands, that's not a bad thing. Dino Beatdown is a downloadable shooter built entirely around co-op play, and you want players to be able to learn the game as quickly as possible. The high level of polish and thought behind each aspect of design, as well as dino fighting that you really can't get anywhere else will likely keep gamers playing after that quick learning phase.

Orion: Dino Beatdown supports 5 player co-op online and via LAN. It comes to Steam on May 4 and will cost $9.99. Co-Optimus will have more news and a full co-op review soon.