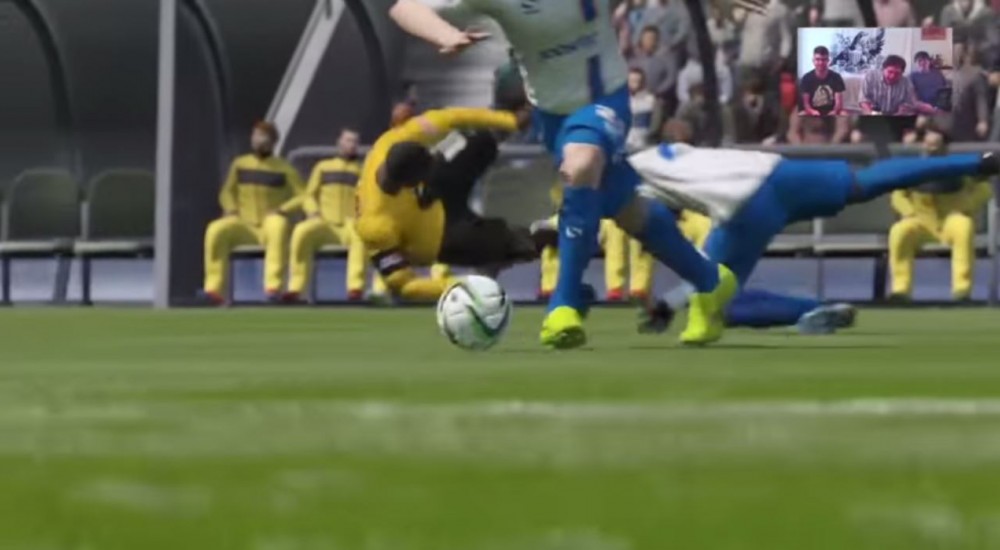 The train chugs east along the coastline of southern England at a painfully slow pace. Reuben Reid, left cheek plastered against the window pane, watches as field after field passes his unfocused gaze.  He thinks back to the time he returned from an away fixture and sat on the left side of the bus, his vision was filled then with beaches, waves, seagulls.  Now, all he sees is the occasional ambling sheep or flustered farmhand.

He decides that everything, even the train, is worse at Southend-on-Sea.

His first practice with the team confirms this.  At Plymouth Argyle, the grass was softer.  He and his teammates would often find themselves lying down and giggling together in the dew-laden blades after a tough morning practice.  There would be no such thing here, especially not with McSlappy at the reins.  A full hour of work on "ankle honing precision" with the training dummies is followed by fifteen minutes of suicides and cheek toughening.  Then, everyone just sort of wanders around for a while until the coaching staff can think up a fun game to play.  A middle schooler, who Reuben assumes is the coach's son, asks if they can play "Be the Shortest" again, but since it's the transfer window they decide to spend the time getting to know the new players: Reuben, and a man who refers to himself as "The World's Greatest DJ".  The former Plymouth star wonders if they even have a Nando's in this backwater port town.

Elsewhere, Daniel Bentley is working on his reflex saves in a converted batting cage that McSlappy found "at an offer he couldn't refuse".  The circular bruises on his body are painful, but he pays them no mind.  If it means he'll bring glory to Southend, then Daniel is fully prepared to sacrifice his body.  He's so focused on his training that he doesn't notice the shadowy figure watching him under the away stands, nor does he see the briefcase bulging with pounds chained to the figure's left hand.

Welcome, once again, to another installation to the Shrimpers Forever archive here on Co-optimus!  Taylor and I have been having an absolute blast showing off the co-op aspects of manager mode in FIFA 15, and we can't wait to see the rest of the Shrimpers' story unfold.

Today, we have three archived videos for you.  Since I was absent last Thursday, we have an extra long Tuesday stream from last week, along with this week's Tuesday and Thursday streams.

First up is last Tuesday's episode 9, in which our heroes continue on the warpath of League 2 destruction and finish up the first half of their inaugural season:

Next on the list is this past Tuesday's episode 10, which saw us make our infantile forays into not only the FA Cup, but also the most stressful experience of all time, the transfer window:

Finally, we have episode 11.  The less said about this, the better:

We appreciate everyone coming to hang out with us as we guide the Shrimpers to victory (or whatever)!  As always, we stream Shrimpers Forever every Tuesday and Thursday from 8 EST to about 9:30.  If you get the chance, we'd love to see you in the chat to lend us advice, brevity, or to simply tell us how your day went.