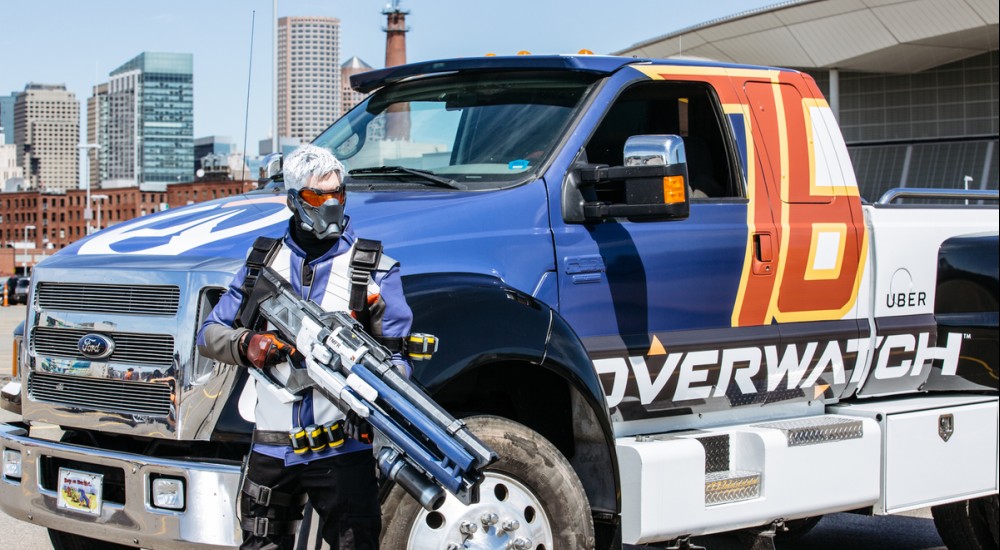 As you might have expected, Blizzard's latest competitive shooter hasn't completely overtaken the Co-opticrew as of yet.  That's not to say we don't enjoy a bit of virtual conflict with other humans from time to time, it's just that this weekend seems to be focused on more natural activities, like enjoying the great outdoors or indulging in some delectable board ga - you know what.  I can't take it.  I can't lead this false life anymore.

I wish I was playing Overwatch.

I wish I was escorting a limousine through the bullet-ridden streets of Hollywood.

I wish that you were Overwatch, and that somehow by typing this sentence right now for you to read, I was gaining experience points towards yet another loot crate so I could get like, a dumb looking spraypaint for Genji.

It calls to me.  Oh, how its melodious siren-calls echo to me from the dark corners of Battle.net Island.

I know not how much longer I can resist.

Those of us who haven't been privy to the wonders of Overwatch will be "enjoying" other games, such as those of the anime and MMO varieties.  Let us look upon their errant ways and smile disdainfully.

Nick Puleo (@NickPuleo) - "A bit of Overwatch, some Turtle power in Mutants of Manhattan, and possibly finishing up Uncharted 4."

Jason Love (@JLove55) - "Board game weekend for myself as well with my sister and her husband. When we're not doing that (or drinking beer/socializing), I'll be playing the Pathfinder Adventure Card game on the iPad."

Marc Allie (@DjinniMan) - "Overwatch anytime I am home, and the Pathfinder Card Game app when I am not."

Locke Vincent (@LockeVincent) - "Camping in the wilderness. Board game with a bunch of casuals so mostly Codenames, Coup, Exploding Kittens, and if I can sneak it in...Dead of Winter."

Sam Tyler (@thereelsamtyler) - "I'm up North of the wall so won't be much gaming going on, more like a bit of football in the fresh outdoors - boo!"

Tally Callahan - "Continuing my slow ascent in Guild Wars 2 ranked SPVP. Other than that, I hope to get some board games to the table."

Taylor Killian - "I might do the unthinkable and dip my toe into Nine Hours, Nine Persons, Nine Doors for the original DS this weekend. Time to get anime'd up!"

Enoch Starnes (@enochstarnes) - "I'm out of town once again for a camping excursion.  At the times I have reception, I suppose I'll check in on ol' Tales of Link and live vicariously through Overwatch GIFs."

How about you?  Are you a follower of The One True Watch, or are you staving off its comforting grasp through other mediums?  Let us know in the comments!