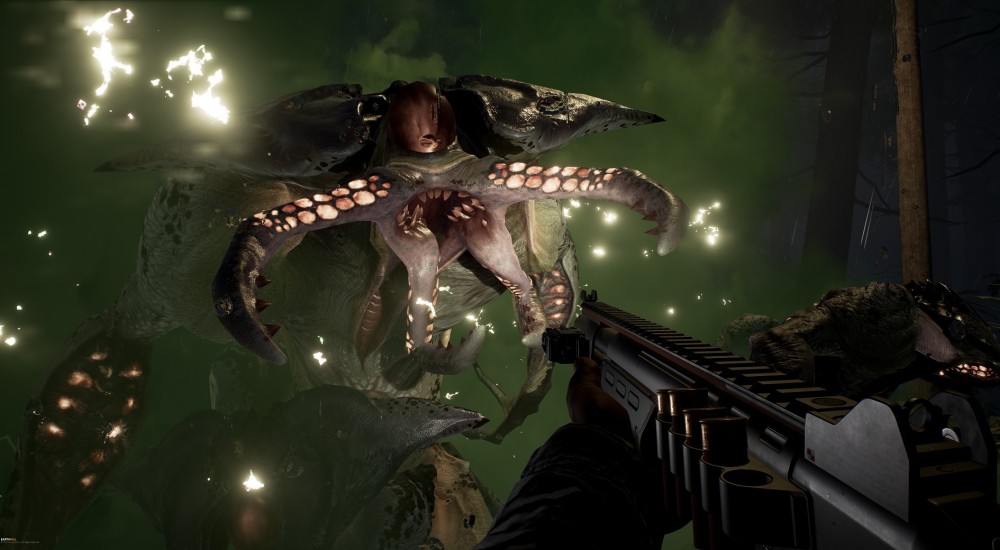 While it will take a little while longer for the technology to reach a price point where everyone can enjoy 4K and HDR, that's not going to stop devs from getting the games out there that will take advantage of the graphical fidelity it provides. Seattle-based Holospark's debut FPS title, Earthfall, will join the ranks of those titles you will, someday, be able to enjoy in that higher res future.

The game made its debut during this year's PAX West and somehow managed to slip past our radar at the time. This sci-fi FPS is set in the Pacific Northwest and follows a "ragtag group of survivors" as they combat an invading alien menace. It supports four player co-op throughout the campaign and, from the sound of it, is actually intended to be played through with a group as the A.I. will assume control of other characters if human players aren't available.