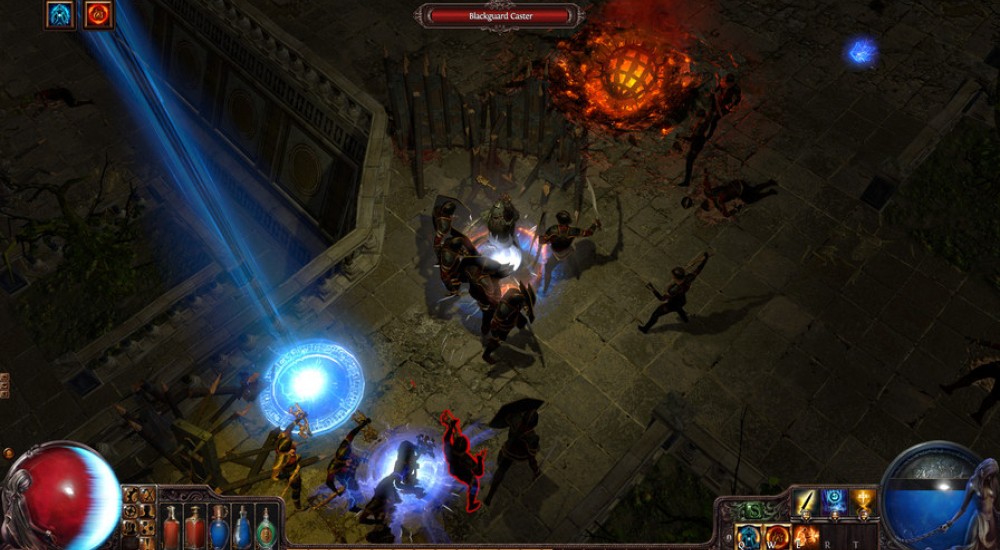 Last week the Co-Opticrew did its usual podcast thing, which means this week you're treated to a video of us making our way through some co-op game. Don't say we never give you nothing. This week's gaming selection is the free-to-play ARPG, Path of Exile.

Back in the summer months, we took a look at a few different co-op friendly free-to-play games out there, like Warframe and Firefall. Among those titles was Path of Exile, which wasn't quite ready for the prime time. After finally seeing a full release at the end of October, we decided it would be a good time to take it for a spin and see what Mike kept raving about.

For my first time playing, I was quite impressed. From the unique skill and ability system (all skills are passive enhancements and abilities are accessed via gems) to the bartering system used for selling items, I felt like the game was more-or-less Diablo 2 improved. I know that may seem like a blasphemous statement, especially considering how the skill/ability system in no way resembles Diablo's (and that's a good thing), but it's true. There's so much more freedom in the way you shape your character. The lack of a price gate also helps as a selling point.

If you enjoyed our romp through the world, then check the game out on Steam. There is a Co-Optimus guild, and we're always looking for new members.