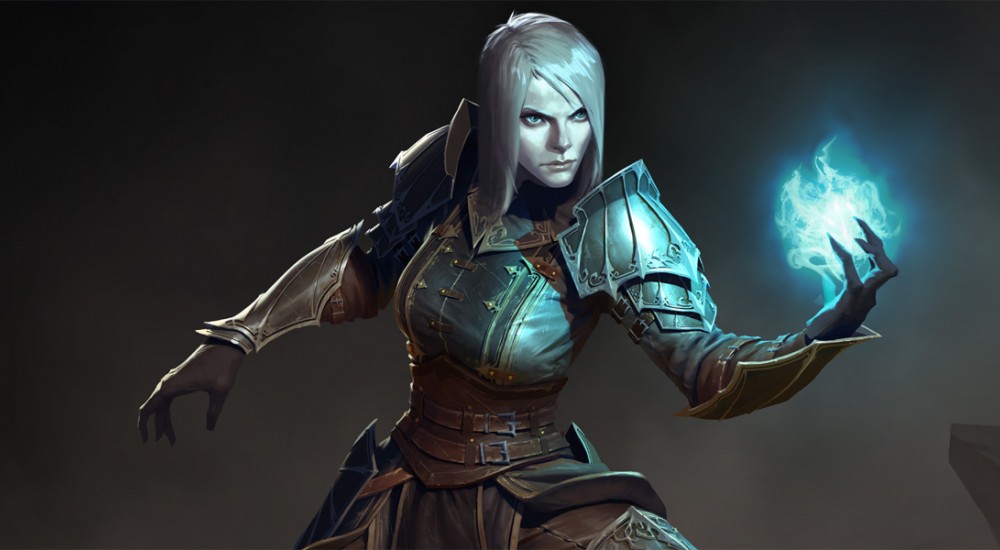 The event started with some background information on the necromancer by the developers. When they set out to add the Necromancer to the game, they wanted to ensure it felt different from the Witch Doctor. Since the Witch Doctor has so many poison-focused skills, they made sure to avoid poison when designing the Necromancer. You might recall that the Diablo 2 Necromancer had poison skills, which made some people think that D3’s Witch Doctor was an updated Necromancer. Instead, they chose to the themes blood, bone, life, and death for the Necromancer, making sure their armor aesthetic simultaneously screamed “commander of the dead” and “1980’s rockstar.” So expect equal parts leather, bone, and disdain.

When the Necromancer was announced at BlizzCON, the set of revealed skills focused more on bone skills and summons. At this event, we were shown a whole new side of the Necromancer: the "meleemancer." These were the new skills we were introduced to: Grim Scythe is the Essence builder of this kit (Essence being the Necro’s class-specific resource), like the previously announced Bone Spear. When used, the Necromancer cleaves a path in front of herself with a spirit scythe. The more enemies she hits, the more Essence she builds. Blood Nova is the big damage dealer in this set of skills, which not only spends Essence, but also a portion of health. To make sure that players are able to reliably use Blood Nova without essentially killing themselves, the Necromancer needs ways to get that health back. Enter Blood Golem, Devour, and Leech.