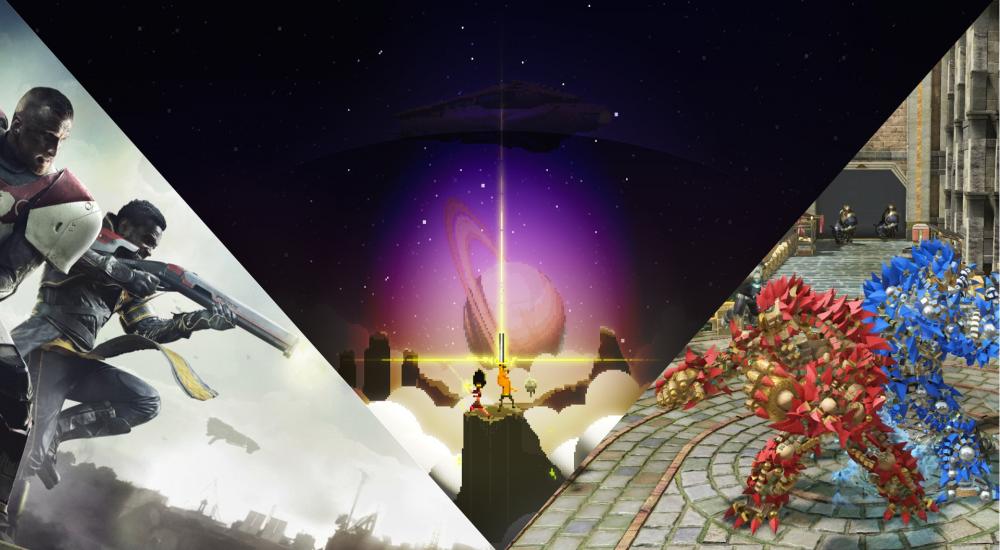 A new week (I know, we're off by a couple days) is here which means we've got a new bunch of co-op releases. Destiny 2 is the big one here, but we've also got a stylish Zelda throwback title in Songbringer, the sequel no one thought would happen in Knack 2, and LEGO Worlds and Neurovoider both make their way onto the Switch.

Destiny 2 (Xbox One and PlayStation 4) - supports up to 3 players online (6 players for the Raid when that arrives in a couple weeks). Much like in the original Destiny, Guardians team up in groups of three to battle through missions, Strikes, and Patrol Zones. For the puppies! PC release will be next month on October 24.

Songbringer (PC, Xbox One, and PlayStation 4) - supports 2 players locally; the second player takes control of the robot companion Jib, who can stun foes to help protagonist Roq Epimetheos, and also scan bodies for loot. Enter a world that is generated based on a word seed and discover dungeons, secrets, and more.

Knack 2 (PlayStation 4) - supports 2 players online or 2 player local co-op; the second player controls another (blue) Knack that has the same moves and abilities as the first player. There are co-op moves, such as hitting another player to launch projectiles at enemies, and the entire campaign can be played cooperatively.

Neurovoider (Nintendo Switch, previously PC, Xbox One, and PlayStation 4) - supports 4 players locally; the twin-stick rogue-lite where brains inhabit robot bodies has arrived on the Switch. Four players work together to progress as far as they can. You can check out our Co-Op Review of the title to see if it sounds right for you.

LEGO Worlds (Nintendo Switch, previously PC, Xbox One, and PlayStation 4) - supports 2 players locally or 2 players online; team up to explore entire worlds made of LEGOS or work together to build your own.

That's all for this week, but we'll have a new batch of games coming out next week, so be sure to check back in to Co-Optimus for all your co-op news.