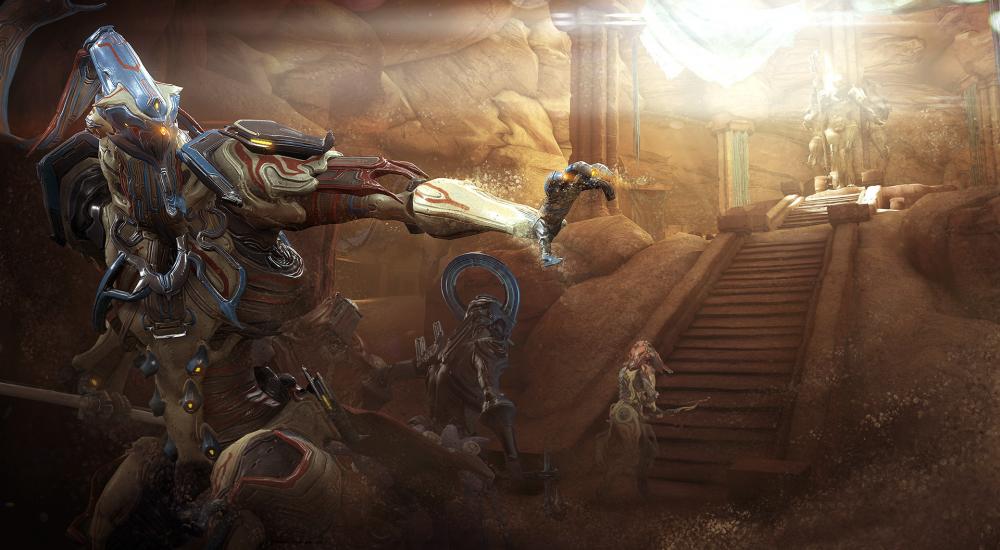 It's been sometime since our Monday night Co-Op Crew has looked in on Digital Extreme's Warframe and there have been a lot of changes, tweaks, and updates since we did. In anticipation of the impending release of the "Plains of Eidolon" update, Locke, Mike, Jason, and Nick decided to hop back in to take a look around.

One of the things I've always admired about Warframe is its movement system. Sliding into a group of foes while wielding a katana and doing a sick spin that slices them into meaty bits ALWAYS. FEELS. GOOD! It's only gotten better with time, too, as Digital Extremes has tweaked the graphics, made the movement system even more fluid, and made changes to how melee combat works. One of the bigger improvements to the game has been a revamp of the whole first couple hours and the tutorial. You are eased into systems much easier than before and certain things, like how to use mods, new weapons, Warframes, and other features, are introduced through the course of all this in a gradual fashion that's not overwhelming. Honestly, if you're looking for a fun loot-grind co-op game, Warframe is in a pretty good spot right now.

Tune in to our Twitch channel (twitch.tv/cooptimus) this Monday at 10:00 PM EDT as we hop back into Warframe to explore the new Plains update and (inevitably) die to an Eidolon.