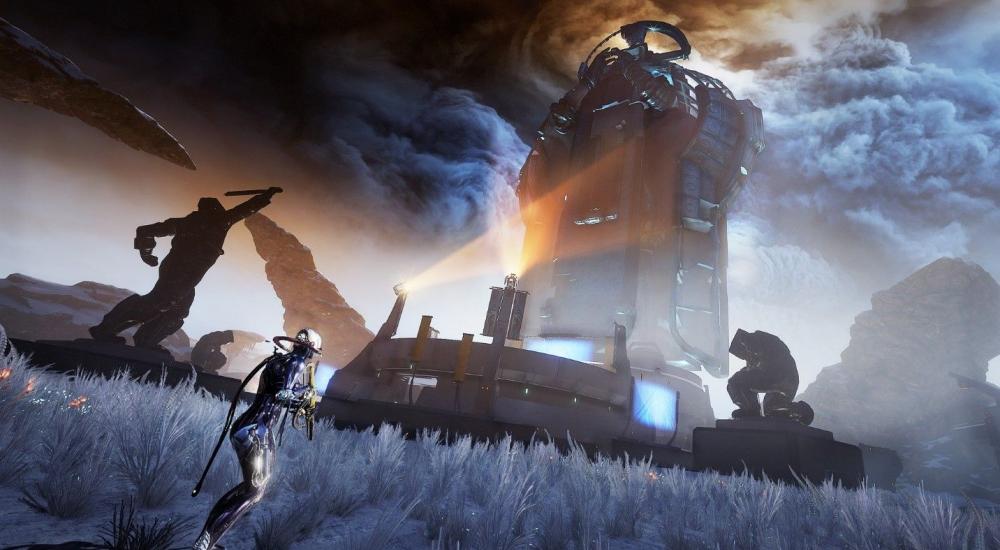 Digital Extremes held their annual TennoCon this weekend and during their traditional "Tenno Live" panel/keynote, they showed off what they have in store this year for their popular free-to-play action game, Warframe. Following in the footsteps of their "Plains of Eidolon" update from last year, a new open-world area will be added to the game - this time on Venus - when the "Fortuna" update drops sometime in the next few months.

That's not all, though. The Canadian developers are getting even more ambitious this time around and revealed a new gameplay mode, currently titled "Codename: Railjack," where you and up to three buddies will all pilot a ship together as you engage in some real-time combat against A.I. enemies. What's more, you'll be able to hop into this mode directly from the Venusian landscape. However, don't get too excited just yet. While the "Fortuna" update is planned for a 2018 release (for the PC, at least), the Railjack mode won't be a part of that. It'll arrive sometime later.

Here's what will be in the "Fortuna" update when it arrives:

You can find more details and videos covering "Fortuna" and "Railjack" over on the official website.

Finally, Digital Extremes is partnering up with Panic Button to bring Warframe to the Nintendo Switch. No release window was given, but hey! Space ninjas on the go!

Warframe is a free-to-play title currently available on PC, PlayStation 4, and Xbox One. Four player online co-op is supported across a variety of missions.