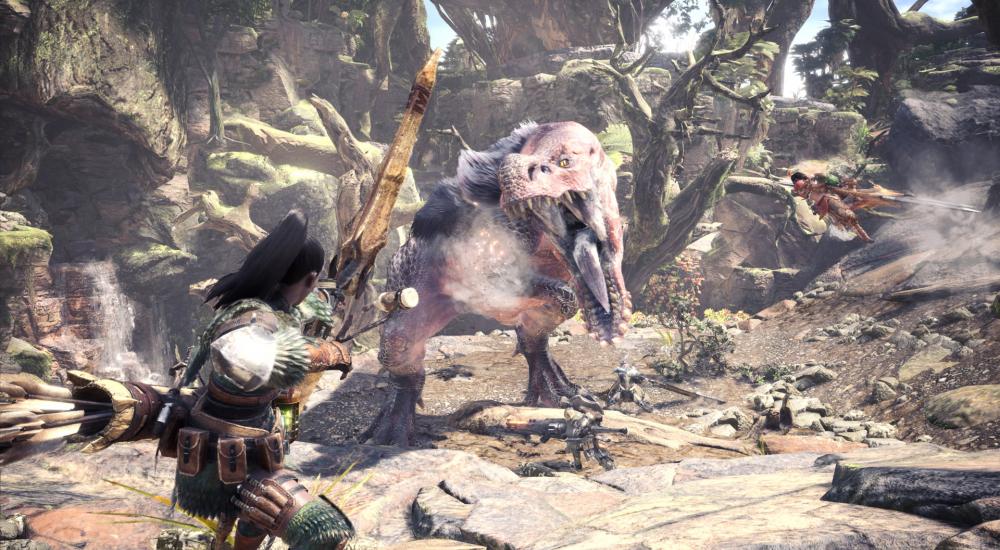 While Paris Games Week officially kicks off today, Sony was out in front of it all with some news of their own. Revealed during their pre-show press event, Monster Hunter: World will be getting a PlayStation 4 exclusive beta next month, and some additional special content.

The open beta will run from December 9 to December 12 and all you'll need to participate is a PlayStation Plus membership. No sign up or limited space thing here, just go download the beta when it goes up on the PSN Store next month. The beta itself will include three specific hunt missions (a Great Jagras and an Anjanath in the Ancient Forest, and a Barroth in the Wildspire Waste) and it will support four player online co-op as well. There will also be a variety of weapons, Mantles, and other goodies you can try, as Community Manager Yuji Araujo detailed in the PlayStation Blog post:

Aside from your robust arsenal of 14 unique weapon types, we’re also equipping you with a variety of new Mantles to try out, a full stock of healing, buffing and trapping items, and one of the most powerful tools introduced in Monster Hunter: World — the environment itself! As you explore each unique location, take a moment to note entangled vines, rock formations and even water leaks, as these may be clues for potential natural traps you can use in your hunt.

For all you Horizon: Zero Dawn fans out there, there's another little treat in store. Some time after the game's release, players will be able to take on a special event quest that will provide special materials. These special materials, in turn, can be taken to the in-game Smithy in order to craft a full set of armor that will transform your character (regardless of gender) into Aloy from Horizon. Your cat helper, Palico, will also get a bit of a makeover and be turned into a little machine cat. This content will be exclusive to the PlayStation 4 version of the game. Monster Hunter: World will launch on PlayStation 4 and Xbox One January 26, 2018. No release date has been announced for the PC version.