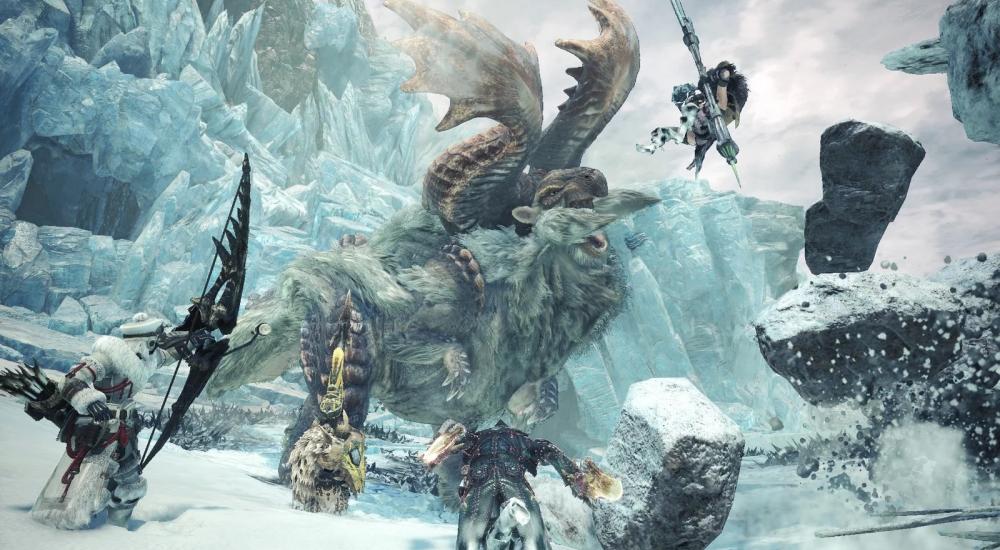 First, aspiring monster hunters will be tasked with taking on a new Master Rank quest revolving around the tracking and slaying of Kulve Taroth, a golden elder dragon.  New hunter and Palico equipment, as well as upgrade materials, are available for those wily enough to do so.  The other new addition comes in the form of the Arch-Tempered Namielle, another elder dragon whose materials can be used to construct new hunter equipment.  The update trailer lets you see these colossal foes and their associated equipment in action:

Note that these quests are limited-time events, so you'll want to keep tabs on the game's quest schedule for more information on the timeframe.  We quite liked Monster Hunter: World when it was first released back in 2018, and the Iceborne expansion seems to have only added to the fun.  It's also worth mentioning that, prior to this title update, the PC and console versions weren't in sync content-wise, but Capcom is planning a simultaneous release schedule for both versions moving forward.

Monster Hunter: World and its Iceborne expansion are available on Xbox One, PlayStation 4, and PC.  The game offers online co-op for up to four players.