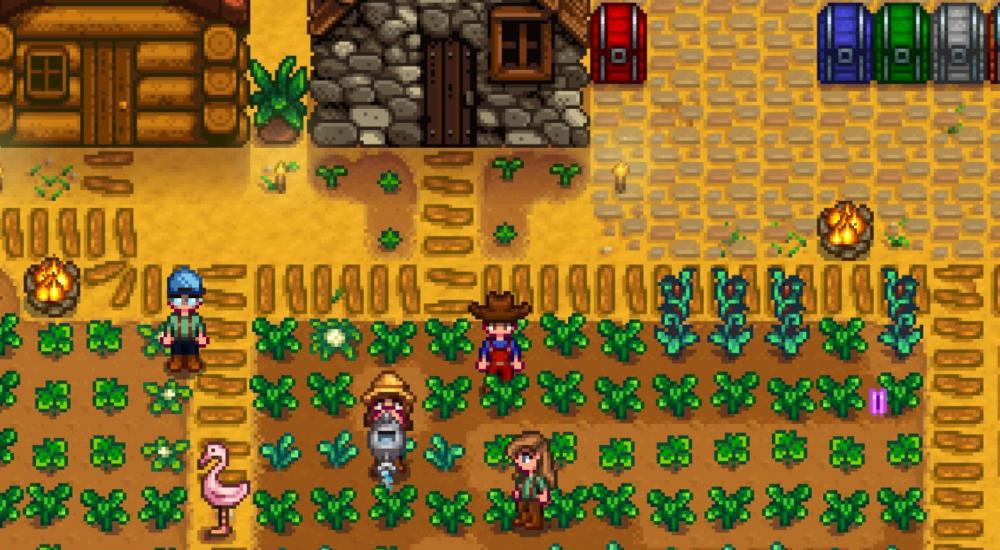 In a recent tweet from Eric Barone, the developer of the wonderful Stardew Valley, Co-Op is set to find its way into the game officially in ‘About a month’. But that tweet does note that the release of the update is based around ‘all going well’.

In game development time frames can change pretty quickly, so this should be taken as a soft schedule rather than hard fact. Further, Barone has released pictures of 4-player Co-Op (via LAN) recently, which can be found here as well as below. While this news is exactly what we here at Co-Optimus like to hear, the inclusion of Co-Op is set to be a PC addition first before coming to consoles.

Stardew Valley is a wonder project from Eric Barone (on Twitter @ConcernedApe) working alone on a game which, after a PC launch, found its way onto Nintendo Switch, Xbox One and PS4, thanks to publisher Chucklefish. The game focuses on the player moving to a town, rebuilding an old farm, and helping the city. If you like the feeling of Harvest Moon or Animal Crossing this game (especially with Co-Op) is a must.

Update on Stardew Valley multiplayer: still making good progress on fixing bugs, if all goes well it should be ready in about a month

PC first, then switch, then both Xbox and PS4. Not exactly sure on the timetable for those. This tweet is referring to PC/Mac/Linux

Will you be picking up Stardew Valley once you can farm with friends, or have you (like me) spent a ton of time in the game already and should probably tend to your real-life plants before they die again this year? Let us know in the comments below!