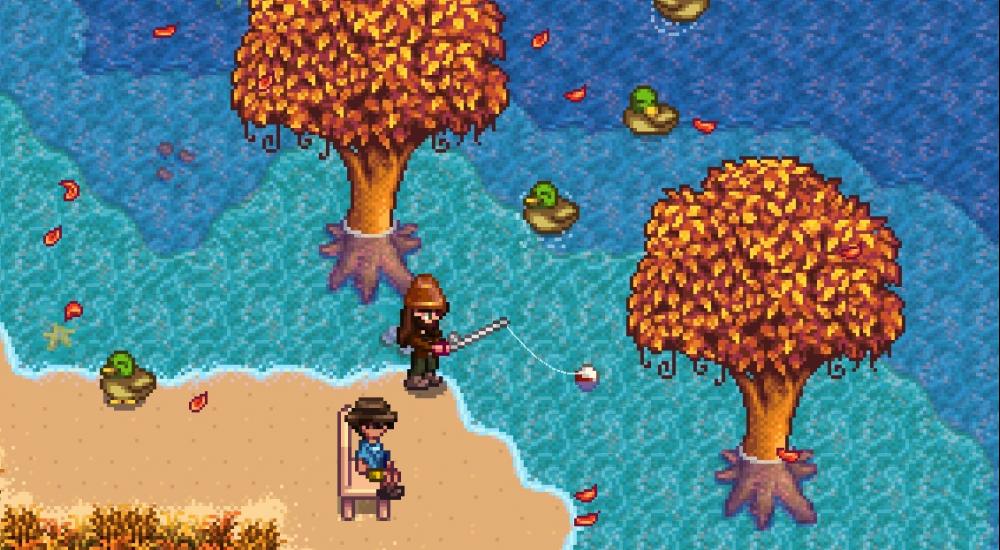 No longer must prospective farmers sequester themselves to separate consoles for co-op crop waterin'.  Stardew Valley's 1.5 update, which introduced local co-op on PC back in December, has finally made its way to the game's console releases.  That means you and up to three friends can bicker over crop placement from the comfort of a single couch.  The Midwestern dream has come to fruition!

To clarify, this addition is specifically for the local version of cooperative play.  Stardew Valley has offered online co-op for a few years now, but its fervent audience has still wanted to option to play together without needing separate gaming setups.  It's a testament to developer ConcernedApe's devotion to the game that, even several years after release, major additions like this are still being released.

The Stardew Valley 1.5 Update for Switch, Xbox, and PlayStation are out, and should be available on all platforms within the next couple of hours.

Of course, local co-op wasn't the only thing that arrived with the 1.5 update, not by a long shot.  New regions, NPCs, farm animals, monsters, and equipment have also been added in the wide-ranging expansion.  Heck, they even introduced chairs for you to sit in!  Now that's what I call immersion.  If you'd like to see the full list of changes in all their glory, check out the log here.  Or, in case you're more interested in the accompanying music, there's a charmingly pleasant video below:

Stardew Valley is currently available on PC, PlayStation, Xbox, and Nintendo Switch.  It now offers local and online co-op for up to four players.