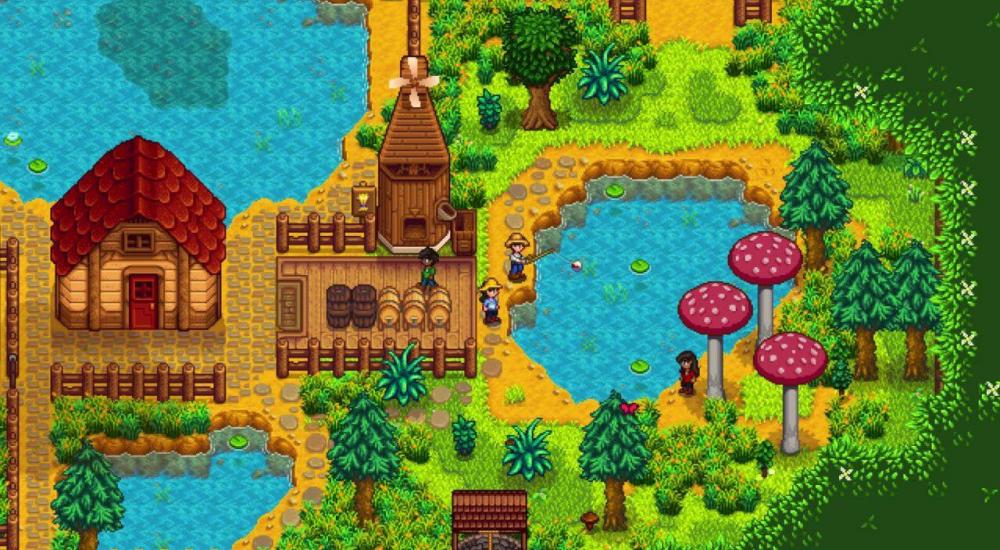 We've all been there.  You spend hour upon hour toiling away in the fields, mines, and rivers of Pelican Town, only for your "teammate" to hop on down to the local hat emporium and spend all your hard-earned cash in one fell swoop.  That'd be pretty infuriating in any game, but even moreso in Stardew Valley, a game focused around planning and (mostly) not being frivolous.

Luckily, version 1.4 of Stardew Valley is on its way, and with it will come the option to separate everyone's virtual wallets in the game's online co-op.  Players starting new farms will have the option to enable separation from the start, and those with existing farms can simply speak to the mayor to switch between the two modes.  Keep in mind, though, that making the split will divide the current cash amount evenly between all players.  Also, regardless of whether or not cash is earned separately, all players will still share the other aspects of the map, such as the community center, mines, and cave.

Hey everyone, just wanted to share this screenshot from the upcoming 1.4 update! It's a big one, & this image only reveals a fraction of what's coming. Featured here is a new farm map called Four Corners that's perfect for the much requested "separate money" option in multiplayer pic.twitter.com/wwI1nHWpvX

Obviously, this isn't the only thing coming in the 1.4 update.  The screenshot shared in Eric Barone's tweet, above, shows off new clothes, new haircuts, a new breed of dog, and a brand new map.  Titled "Four Corners", Barone states that the new map is perfect for those wanting to operate a "separate" co-op farm.

No word yet on when version 1.4 is coming, but Barone does mention that it's a "big one", so expect your version of Pelican Town to get quite a bit more dense in the near future.

Stardew Valley is out now on PC, PlayStation 4, Xbox One, and Nintendo Switch.  It offers online co-op for up to four players.