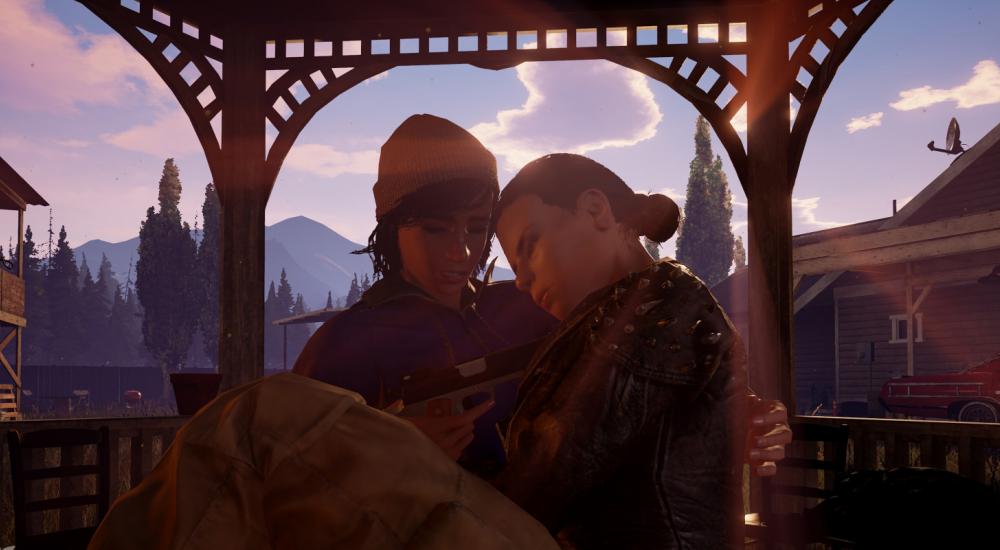 This week during our regular "Let's Play Co-Op" Monday night stream, Nick and Jason are an intrepid duo that must fight off zombies and build a community that cares in State of Decay 2. Also, Jason has some fun with car doors.

I was a big fan of the original State of Decay when it dropped in the summer of 2013 and sunk a decent amount of time into it. It was a game that, at the time, definitely felt like it should have co-op. 5 years later, that idea has finally been realized in State of Decay 2.

Much as with the first title, State of Decay 2's main gameplay loop is to try and survive in a world gone mad with zombies. You'll establish a base of operations, scavenge the surrounding area for a variety of supplies (medical, food, ammunition, building materials, and fuel) and bring them back to your base, build up your base to add more functionality (like a crafting workshop, an infirmary, etc), and see to the needs of your group of survivors. All of this while fighting off (occasionally, literal) hordes of zombies. It's a loop that can be pretty engaging and satisfying. Especially when playing with friends.

While there aren't a great number of gameplay changes from the first game, the biggest change is the addition of co-op. Playing with friends makes the game more fun to play and reduces much of the tedium that can set in when you're on your 15th supply run. It's easy enough to invite your friends into your game, or even some strangers, and the game prevents anyone helping you from really screwing you over (i.e., everyone's storage locker is separate, no friendly fire, the host is the only one that can make changes to their base or add to/use members of their community). The emphasis here is for the additional players to help the host build up their community and contribute to it however they can. There's actually a tool tip that pops up with this very message.

So, while the host gets some helpful hands and can reap the rewards of those additional players bringing supplies back to their community, what do your buddies get? Quite a bit. Friends bring their own community members into the game and can, therefore, level up their stats, find new weapons/gear/consumable items, and earn influence (which is the in-game currency that's spent to trade for items and claim additional outposts). They also earn rewards the more they help. Every time you help the host clean out an infestation, take out a plague heart, or just spend some time in their game, you'll fill up a "Multiplayer Rewards" bar. Fill it up enough and you'll "gain a level" and receive better rewards when you leave the host game and return to your own. These rewards will vary from high quality weapons to a stack of healing items and more. Even though you won't be directly building up your community/base by helping a friend, you won't be leaving empty handed either.

State of Decay 2 is available now on PC (Windows 10) and Xbox One. Four player online co-op is supported throughout, and as an Xbox Play Anywhere title, cross-platform play is also supported. The title is also included for free as part of the Xbox Game Pass.