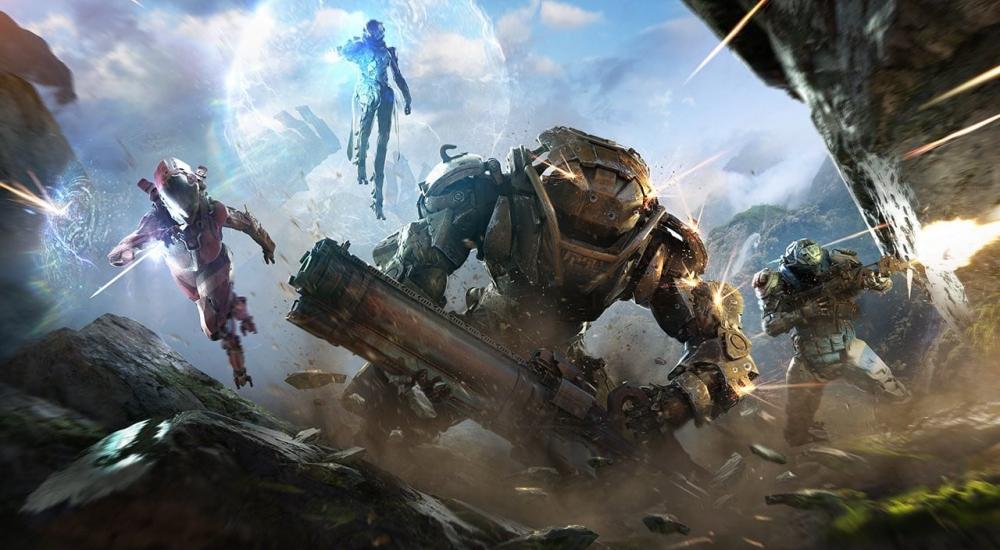 CES 2019 is officially underway and amidst all the tech announcements of newer TVs, new fridges with TVs, and (I'm guessing here) washer/dryers with TVs, there's a bit of gaming news, too. BioWare's third-person RPG shooter, Anthem, is coming out at the end of February, but before that you'll be able to check it out yourself during an "Open Demo" period at the beginning of February.

The Open Demo will be available on PC, PlayStation 4, and Xbox One starting on Friday, February 1, and ending Sunday, February 3. There's also a "VIP Demo" that kicks off in a couple weeks.... but if you want access to that, not only do you need to pre-order the game, you'll also need to have an active subscription to EA Access or Origin Access. That's a lot to throw down for a demo considering you can check it our for free just a couple weeks after that.

Ever since the Closed Alpha ran last month, BioWare has been pulling back the curtain a little bit more on this upcoming co-op title. There are a number of videos and posts to check out over on the official site that cover things like loot and progression, and tough challenges (called "Strongholds") for you and your co-op crew to take on for chances at better loot. It's worth noting that the latter appears to function similar to the way things like raids or dungeons work in MMOs, but the devs note that they do not feature unique loot drops, just better chances at better gear.

Finally, if you want to see more of this game in action, IGN has a 15-minute gameplay video that goes through an early mission, from start to finish.

Anthem is set for a February 22, 2019 release on PC, PlayStation 4, and Xbox One. Four player online co-op will be supported throughout the game.