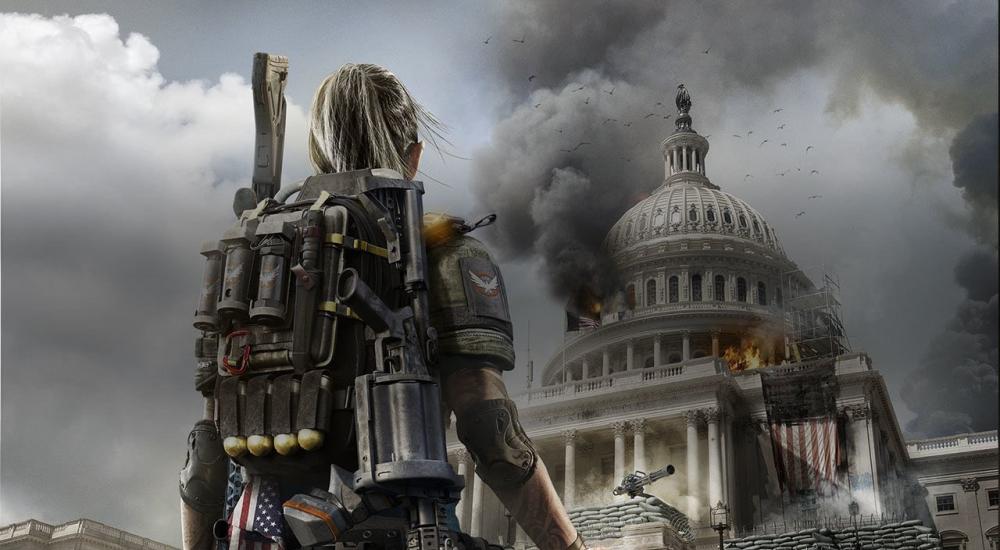 Ubisoft's latest venture, The Division 2, is right around the corner.  A free open beta will be available from March 1st through the 4th, and the full release is scheduled for March 15th.  Despite that, there are still plenty of folks hankerin' for a taste of what the game itself will be like.

Fortunately for them, Ubisoft has revealed a new trailer detailing The Division 2's endgame content.  Per the developers, the game was made with an "endgame-first" mentality to ensure that players would always have fresh content available once they've conquered the campaign.  This has resulted in additional challenges, three more specializations (each with their own progression system), and raids.  As per the current genre standard, more content will come in the year(s) after launch, but Ubisoft definitely appears to have learned from the mistakes made during the launch of the original Division.

I'm not saying the trailer implies players take on a massive, mechanical statue of Abraham Lincoln, but if you're listening, Ubisoft, I do take idea commissions through PayPal.

It's tough to say prior to the game's actual release, but it seems like The Division 2 is looking to build off the original's late-stage improvements, rather than pivoting in a different direction.  We'll find out how well Ubisoft's accomplished this once the open beta hits.  In the meantime, here's another trailer to tide you over.  It's largely live action and directed by Nicholas Winding Refn, so prepare to get a little emotional.

The Division 2 will be released on PlayStation 4, Xbox One, and PC.  It supports online co-op for up to eight players.