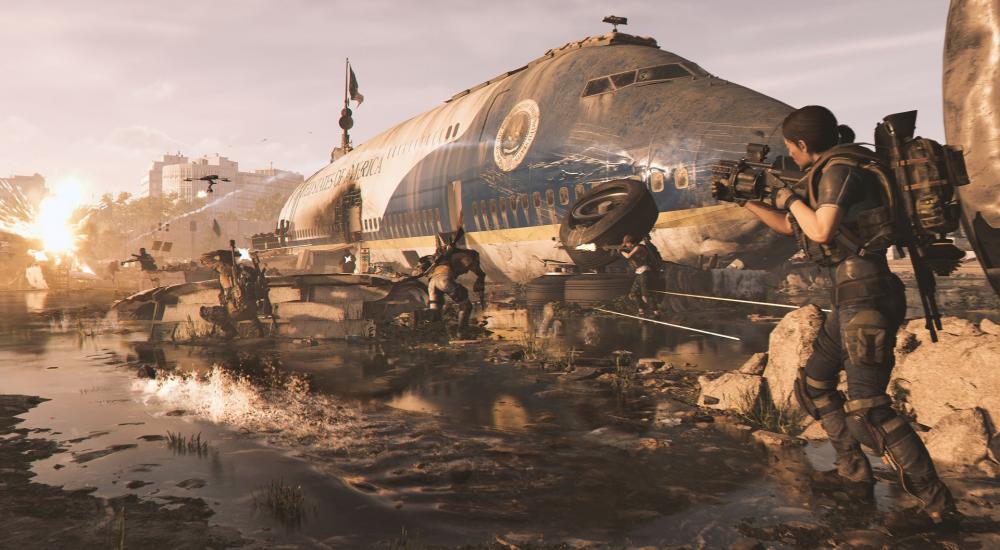 At today's Ubisoft Press Conference, Massive Entertainment revealed more details about Tom Clancy's The Division 2. Particularly, the development team discussed how they focused on the way players progress as they play and the activities that await them when they get to the coveted "endgame." At launch, The Division 2 will include an eight-man raid.

While The Division did have a bit of a rocky start, both Ubisoft and Massive committed to improving the game over the course of the past two years and are still updating it and patching it to this day. So, based on what was said during the press conference today, it sounds like the development team has been paying a lot of attention to player feedback and putting that directly into The Division 2. They specifically called out the work they've put into creating a meaningful endgame for players, stating:

the game has been developed with an endgame-first mentality. For players, this means that from day one, The Division 2's main campaign will naturally flow into a robust endgame with its own narrative thread and unique challenges.

That's a very promising start, and it only got better. There will be three planned DLC releases that will be free for all players. It all sounds very promising.