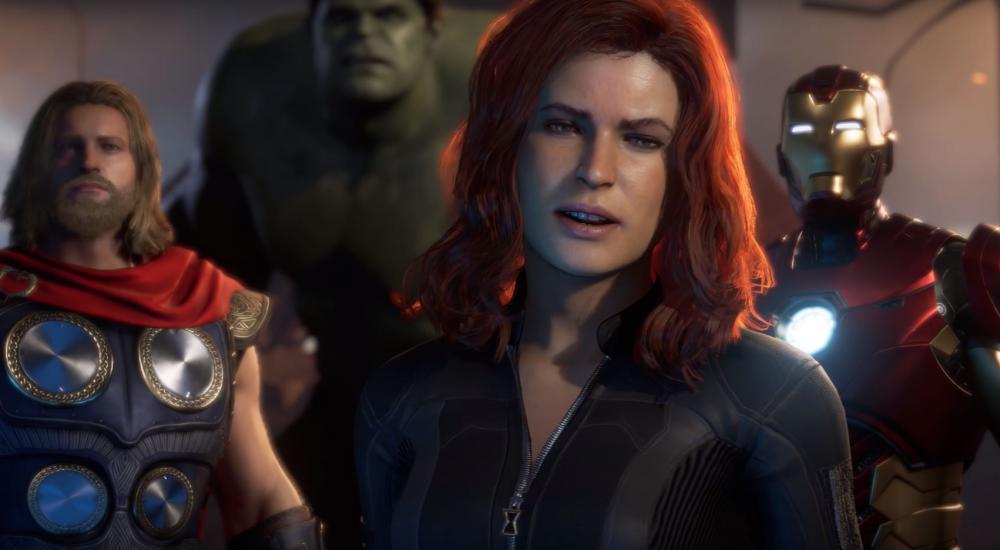 This week, Crystal Dynamics and Square-Enix finally pulled back the curtain on their upcoming Marvel's Avengers game... sort of. During Square-Enix's Monday night press conference, some time was spent to talk around the title a whole bunch without saying much of anything really substantive. The few details we got from it all is that it will have four player online co-op, it looks like a third-person action game, there are plans in place for continued content updates after its release (it sounds like it may be similar to Destiny or Anthem), and it'll be out May 15, 2020.

The biggest information to come out of that whole conference was the story setup, as shown in the video below. The Avengers are in San Francisco to christen their new headquarters, then some things go bad and then go even worse. The entire incident becomes known as "A-Day" and the Avengers disband as a result. Five years later, Super Heroes are outlawed, the world is in peril, so guess what? Yep! The band is getting back together again! Woo!

After they established all that and spent a little time with the voice cast of the iconic Avengers (Laura Bailey as Black Widow, Troy Baker as Bruce Banner, Jeff Schine as Captain America, Nolan North as Iron Man, and Travis Willingham as Thor), Scot Amos, Head of Studio at Crystal Dynamics, took to the stage to talk some about the content. The key things he mentioned are that the roster of heroes would be customizable (though how wasn't made clear), and there would be more characters and play areas added after launch for free. Meagan Marie, Senior Community and Social Media Manager, drove home the point that there would be "no random loot boxes or pay-to-win scenarios." That's great, though personally, I'm focusing on the word "random" in that statement as it means the game may still have loot boxes in some fashion.

The whole thing closed with them announcing the release date (May 15, 2020) and that there would be a partnership with Sony to do some exclusive content for that platform. There will also be a beta at some point, but it wasn't stated when that would be. Finally, they closed it all out by showing that Ant-Man would be in the game.

And that's it. There hasn't been a ton of info revealed or discussed beyond that presentation. What few hands-on impressions piece I've seen floating around out there have stated that the gameplay demo at E3 basically just takes you through the events shown in the trailer above. You briefly play as Black Widow, Iron Man, Hulk, and Thor, and then it's all over. Hopefully we'll be hearing more substantive details about this soon.

Marvel's Avengers will be released for the PC, PlayStation 4, and Xbox One on May 15, 2020. Four player online co-op will be supported in the game.