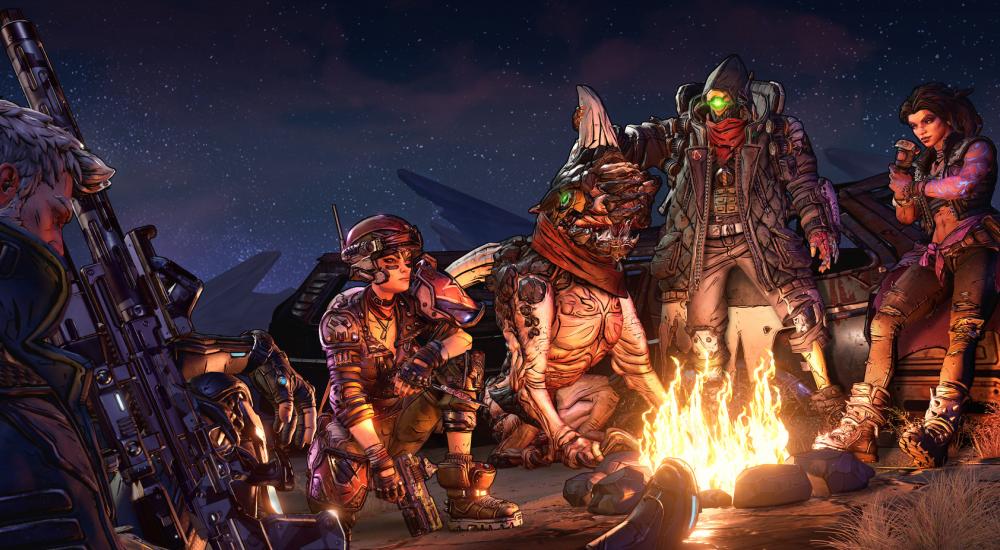 A few weeks back, Gearbox released a character trailer for Zane, one of the the four new Vault Hunters you'll get to play in the forthcoming Borderlands 3. They've been releasing a new trailer featuring a different character every few days since, and we've gone ahead and collected them all here for your viewing entertainment. Meet Amara, Moze, and FL4K.

Not too much to add to what's shown here. Amara is a kind of hometown hero who's "always looking for a fight," Moze is a former Vladof soldier that ditched the corporation and took her mech with her, and FL4K is an "emergent AI" with some good doggos. Provides some background on who you'll be playing, if you haven't picked your character already, but if you're more interested in getting an idea of some of what you'll be playing, there's a Polygon story that just went live about the two villains and what Gearbox is attempting to do this time around. It sounds like it could be interesting, but it's also a very tough tightrope to walk.

Borderlands 3 will launch next month on September 13 for PC, PlayStation 4, and Xbox One.