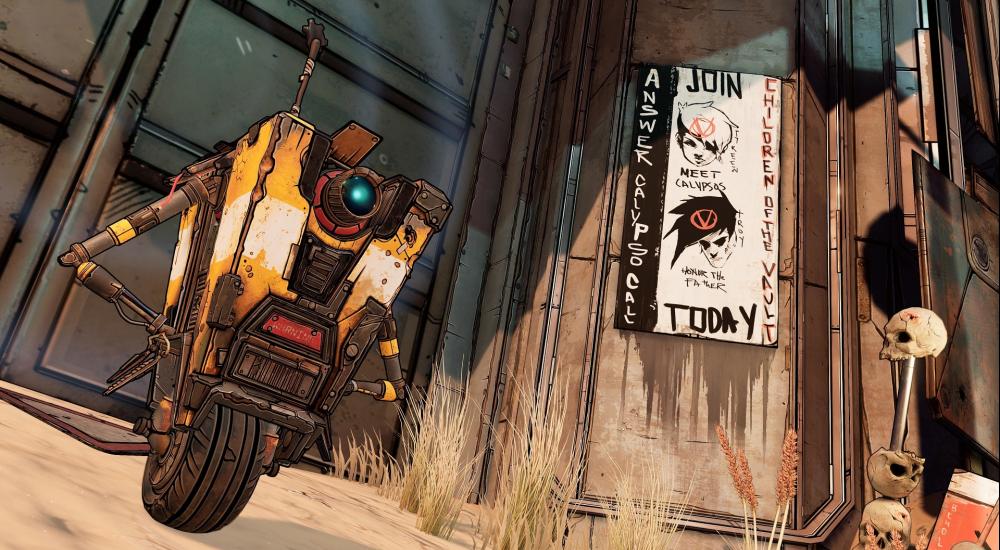 At PAX East a few weeks ago, Gearbox had some news to share about their popular loot-shooter, Borderlands 3. The six month Epic Games Store exclusivity deal comes to an end today so you can now purchase the title on Steam (yes, purchase; owning it on Epic does not get you the Steam version). It's worth noting that the game will support PC cross-play between the Steam and Epic Games Store versions, and you can transfer saves between the two but it's a manual process. Additional details can be found in the official FAQ.

The arrival of Borderlands 3 on Steam is well-timed with the impending release of the next bit of paid DLC, titled "Guns, Love, and Tentacles: The Marriage of Wainwright and Hammerlock." If you're be hopping into the game for the first time and want to avoid any potential story spoilers, then you've got some time to play through the campaign before the DLC arrives, though it's worth noting that it is not at all required to play through the whole game to access the DLC. Per Gearbox, "When creating a new Vault Hunter you have the option to bypass the opening acts of the Borderlands 3 story and head to Xylourgos right away. Enemies and loot on the all-new ice planet will scale to your Vault Hunter's level." The DLC will be available to purchase individually for $14.99 (same as the first DLC, "Moxxi's Heist of the Handsome Jackpot"), or you can get it and all other DLC via the $50 Season Pass. You can check out the trailer for the new content below.

After the DLC comes out, Gearbox has some free content planned for the rest of the Spring, including an update that will overhaul the existing "Mayhem" system, a new in-game event, and a new endgame activity, "Guardian Takedown." No specific dates have been provided for these, but you can check out the roadmap below.