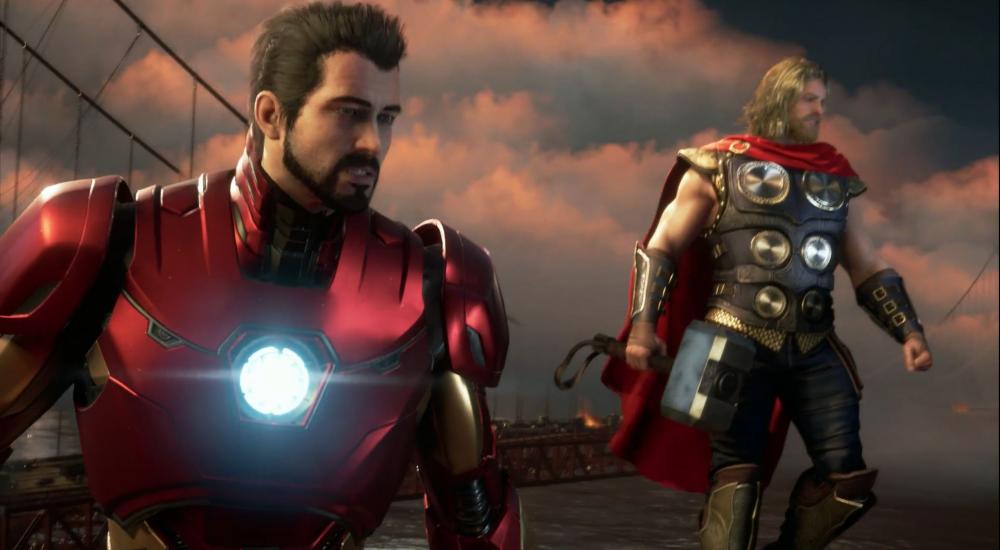 If you're coming to this fine cooperative gaming website, you're probably into gameplay videos of unreleased titles.  That's all well and good, but are you still into it if said videos are nearing the runtime of a Seinfeld episode?  If so, I have some fantastic news for you.

Marvel's Avengers, the cooperative action game teased in 2017 and revealed earlier this year, has a nineteen-minute chunk of footage from its tutorial level available for your viewing pleasure.  Luckily, the action swaps from one superpowered crime fighter to another, so you don't have to watch ol' Cap blitz dudes in the face with his shield the entire time (that said, I can think of worse ways to spend nineteen minutes).  If you think you're ready for it, put on a pot of coffee and dig into the A-Day footage.

Thus far, Crystal Dynamics' title looks like a dream to play, but I still can't get over the dollar store recreations of everyone's favorite heroes.  I keep expecting Thor to turn toward the camera, mid-hammer throw, and start singing "Achy Breaky Heart".  Regardless, I'd never turn down a chance to play as the Hulk and toss baddies all the way to the moon, so I'll figure out some way to cope.

We have a serious wait ahead of us, as Marvel's Avengers doesn't release until May 15th, 2020.  When it's out, though, the game will feature online co-op for up to four players on PC, PlayStation 4, and Xbox One.