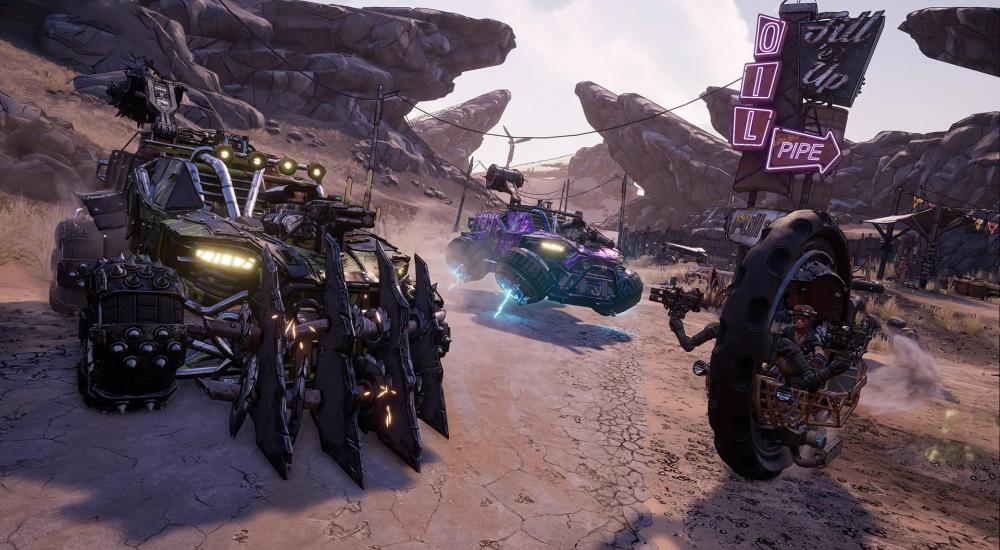 Gearbox has finally released Borderlands 3 upon the world, so Mike, Nick, and I sat down and played through a little bit of it this past Monday for our regular "Let's Play Co-Op" stream. It's definitely more Borderlands, but there have been a few updates/improvements that have made it fun to play, at least.

WARNING - there are story spoilers starting around the 7:45 mark in the video, and MAJOR spoilers starting around the 37:00 mark. If you're trying to avoid any of that stuff, then just tune in for the first seven minutes or so when we discuss the co-op options and a few other improvements. If you don't care (or have already experienced the story for yourself), then you can enjoy all of our hijinx.

It's been awhile since I've played a game where I have this many mixed feelings about it. While the various quality-of-life improvements (such as mantling over objects, sliding, being able to fast travel from the menu, better skill trees that allow for more character builds, loot is instanced per player, etc.) and some of the other changes (guns have certain perks based on the manufacturer) mean this is the best Borderlands game I've played, it's also the least interesting when it comes to the story and the missions you do. The quick setup is that the Calypso twins, Tyreen and Troy, have united the bandit clans under a new banner, the "Children of the Vault." The twins' goal is find the the "Great Vault" and claim its power, and they're using the bandits to help them locate it. It's a story that is, from what I've played so far, largely uninteresting and made even worse by the fact that 90% of the missions are "run over here, collect a thing, and bring it back to a person." Also, if you start up a second character (which I don't recommend until you beat it with one character), you can't skip cutscenes; not even the initial one.

The other problem with the story/campaign is that certain mechanics are locked behind it. You won't be able to use a class mod until you're a few hours into it; Eridian relics are several hours past that, and a few other big features (such as Guardian Rank) don't even become available until you're near the end or have completed the 30 hour campaign. I was about 11 hours into the game before I got to a point where I was consistently having fun with it, and that feels like a pretty big caveat to put on a game.

All of that being said, I am having fun with Borderlands 3. Getting new guns and seeing what crazy things they do is great, as is getting new skills and tweaking my build. I've had a couple of really awesome moments with my character, Moze, where with her current skills and loadout, she can cause a long chain of explosions that would make Mr. Torgue proud. I'm continuing to push through the campaign to see how things change in the endgame, which I'm semi-hopeful about as everything will be unlocked and I'll be free to loot and shoot to my heart's content.

I didn't expect too much out of Borderlands 3, given our recent forray into Borderlands 2. While I was pleasantly surprised by how good it felt to play, I also feel like there was so much potential for what it could have done.

Borderlands 3 is available now on the PC via the Epic Games Store, PlayStation 4, and Xbox One.