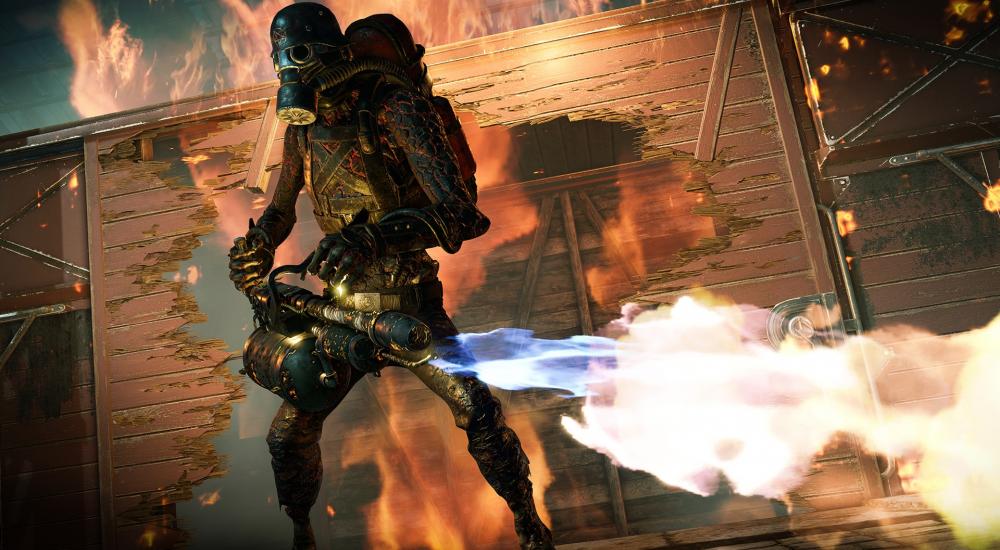 There are a number of hands-on previews for Zombie Army 4: Dead War making their rounds through the Internet this week. We'll link to a few down below, along with some captured gameplay footage courtesy of IGN, but the big takeaway seems to be this: if you liked Strange Brigade but wish it was more Nazi zombies and less mummies, good news!

First off, links to some coverage of the game and IGN's co-op gameplay footage.

As you can see from the footage above, moving through the campaign with friends is very reminiscent of progressing through Strange Brigade's campaign. You'll make your way through a map completing various objectives in order to move into the next area all the while fighting off a variety of zombies. You and your co-op buddies will have different weapons and combat perks to use to help give you an advantage when needed. We here at Co-Optimus certainly enjoyed our time with Strange Brigade last year and it isn't too surprising that Zombie Army 4 would use similar ideas; it definitely feels like the natural progression for the series and a big step forward considering the past three games had none of these features and were basically off-shoots of the Sniper Elite games.

Outside of the campaign, Zombie Army 4 also includes a Horde mode and experience you earn there will carry over into the overall character progression model they've got going on now, which is definitely good. Helps to break up that continuous grind of going through the campaign.

Zombie Army 4 will be out on PC (via the Epic Games Store), PlayStation 4, and Xbox One on February 4, 2020. Four player online co-op is supported in the campaign and Horde mode.