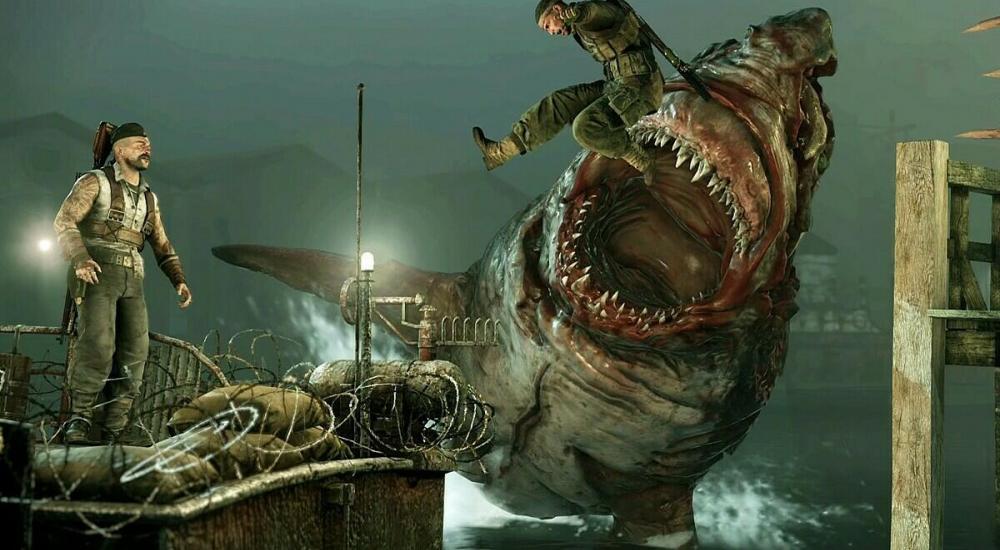 We've had a mere seven months to come to grips with the unending Nazi hordes of Zombie Army 4: Dead War.  After working through the core gameplay content and a whole season's worth of extras, I can only imagine that ZA4's playerbase is thoroughly exhausted.  They'll need to find some way to push on, though, as developer Rebellion is proving to be as unrelenting as their undead antagonists.

Per a developer update released a few days ago, two more seasons of content have been confirmed for the popular co-op shooter.  Not much else has been revealed about the new batches of paid DLC, but they're said to include new campaigns, skins, and weapons.  As is tradition, some amount of free content will also be added.  Season two is planned for release later this year, and season three will begin sometime in 2021.  If you'd like a quick teaser of season two's wintry environs, you can watch the developer update below.

It's not often that co-op games get the amount of exuberance that our esteemed reviewer, Jason Love, bestowed upon Zombie Army 4, so it must be quite the treat.  As a matter of fact, Jason's review claims the game is "a prime example of what I think of when I think of the modern 'arcade shooter:' straightforward, mindless, and an absolute blast to play with friends."  Given the state of the world right now, a mindless co-op shooter sounds like a premium way to spend a few hours not worrying about current events.  Hopefully, two more seasons of content will make it even more enticing.

Zombie Army 4: Dead War is currently available on PC, PlayStation 4, Xbox One, and Google Stadia.  It features online co-op for up to four players.