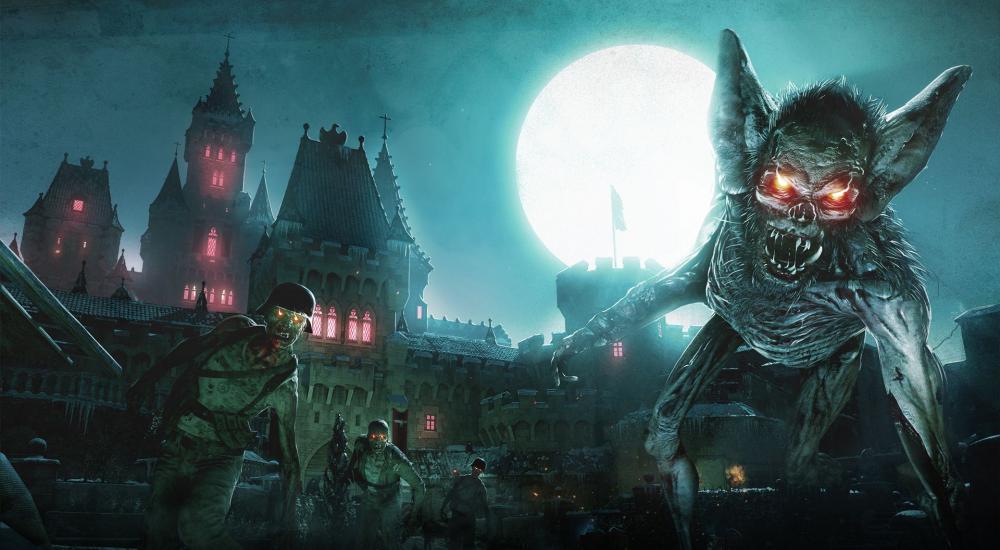 The zombies have once again gotten loose, and wouldn't you know it, they've formed into another dang army.  Naturally, Zombie Army 4: Dead War places the responsibility of creating undead mincemeat squarely upon your shoulders.  Well, you and up to three friends, that is.

The game first arrived on February 4th of this year, meaning its most hardcore constituents have likely exhausted all of its base content.  To keep them coming back, Rebellion Developments has been producing and releasing "Hell Cult", a three-part DLC campaign sending players to new locales to do exactly what you'd expect vis-à-vis the zombies.

The second mission, "Blood Count" is shown in the trailer above and takes place in an abandoned castle.  Don't expect the action to stay at ground level, though, as you'll likely need to delve into the castle's crypts to complete your objectives.  As a standalone purchase, "Blood Count" will run you $6.99, but it's also included as part of Season Pass One, which costs $34.99.  Along with the three new "Hell Cult" missions, the season pass also provides the following:

4 CHARACTER PACKS
New playable characters to be used in any mode.

4 CHARACTER OUTFIT BUNDLES
Dress up your characters with new outfits and hats.

Zombie Army 4: Dead War is available on PC, PlayStation 4, and Xbox One, and its online co-op can be played by up four players.  If you'd like to know more about the game, check out our review.