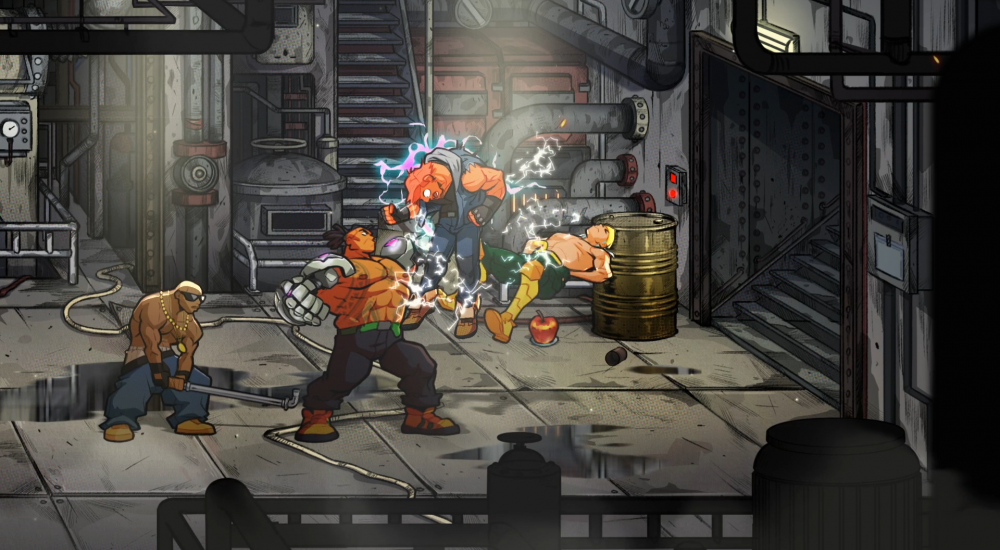 Let's be real with each other right now.  Punching bad dudes?  That's pretty dang fun.  Punching bad dudes into your buddy, who then slams them into the ground with a sweet kick move?  That's so much fun it should be illegal.  Luckily, we don't have to test the legality of having a good time, as Streets of Rage 4 is bringing it right to your favorite gaming platform.

The game's latest trailer spends a substantial chunk of time showing off its final playable character, the powerful Floyd Iraia.  Thanks to Streets of Rage 3's Dr. Zan, Floyd is blessed with cybernetic punching vessels (or arms to the layfolk).  Naturally, he uses these to deliver mountains of pain right into the gut of any baddie unfortunate enough to stand in his path.  Don't take my word, for it, though.  Check out the trailer, below:

As you probably noticed, the remainder of the trailer focuses on the game's co-op details.  Online co-op is available for two players, with local co-op handling up to four.  I gotta say - having three of my friends hovering around a console (or PC) and enjoying some nice, old-fashioned brawling sounds like a grand time.

If you'll be at PAX East this week, a demo of Streets of Rage 4 will be playable at booth 28051.  It sounds well worth checking out.  Once it's released, the game will be available on PC, Xbox One, PlayStation 4, and Nintendo Switch.