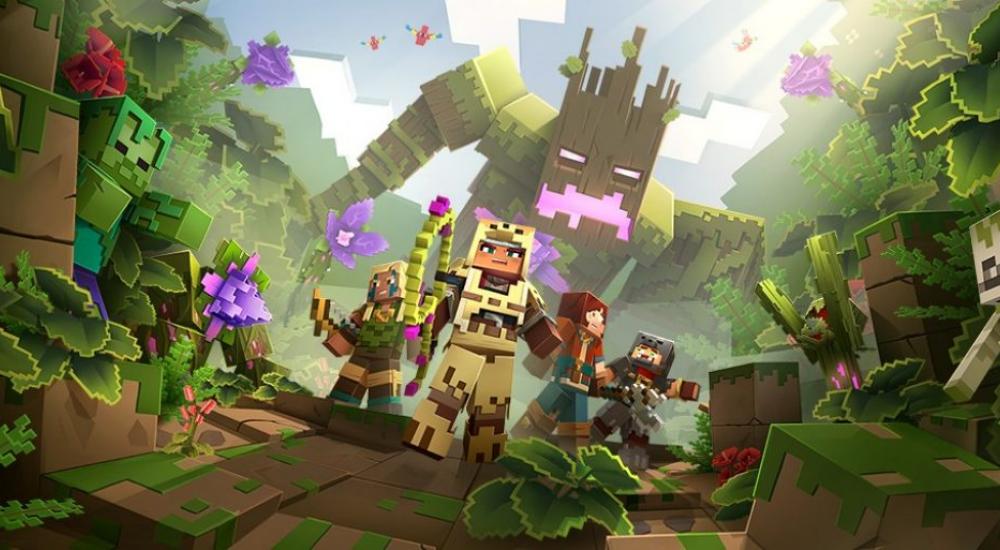 Minecraft Dungeons has been out for about a month and we know that Microsoft had planned to bring more content to the game via DLC. That first piece of content is now available for Hero Pass owners, or available separately for a price of $4.99. So what is it? It's called Jungle Awakens and it's a whole new area and motif to explore.

The new jungle themed area consists of 3 story based missions to replay, new monsters to tackle, and several new items to obtain.

A source of unbelievable power has crash-landed among the twisting vines of a distant, dangerous jungle. This mysterious power has spread its influence through vile vines, and now new terrors bloom – such as the Leapleaf and Whisperer

But even if you didn't purchase this content, the new update comes with new goodies for all owners of Minecraft Dungeons. There's a lot of balance changes to unpack as well as it pertains to items and loot.