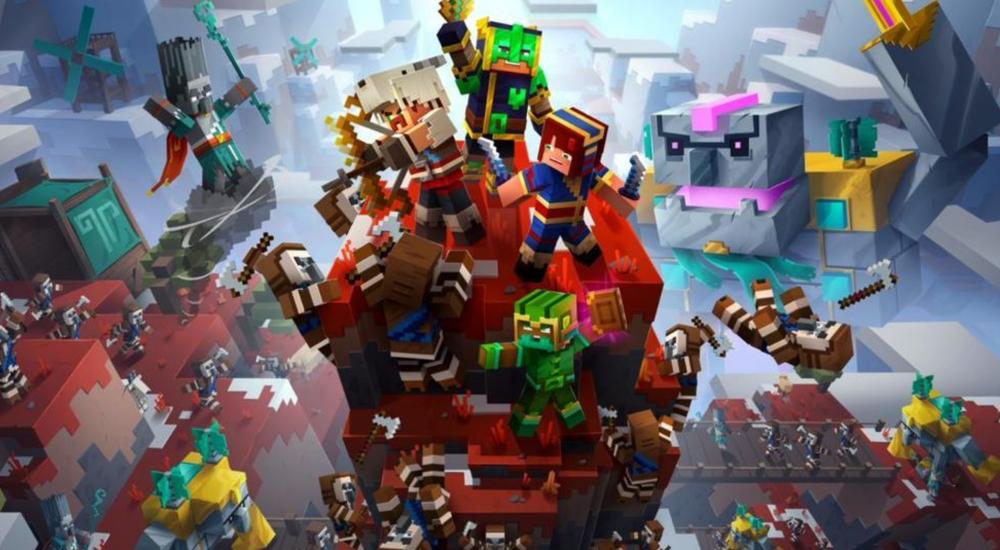 Minecraft Dungeons has had a pretty active update schedule since its summer release, which honestly makes a good deal of sense.  Loot-em-ups tends to live and die based on how well their developer can sustain a constant influx of new content, so Mojang's flurry of free and paid post-release expansions should help them establish a nice, solid player base.

One way to keep that player base lively is to combine the game's separate communities into one, and that's exactly what's happening to Minecraft Dungeons.  Come November, crossplay will be added for each version of the game, meaning PC and console players can finally come together to smash monsters and hoard their belongings.  No word yet on what part of the month this will happen, but even at the latest, it's not far off at all.

Hello there hero, adventure calls once again! Dangerous mobs, new gear, and the power of the wind itself, all await you atop perilous peaks!

Howling Peaks DLC arrives in December – it's nearly time to trek to the top!

Of course, you and your cross-play pals will want some new content to prance around in, so Mojang has also announced that another DLC pack is coming in December.  Titled "Howling Peaks," this next expansion will toss our heroes onto windswept mountains to contend with new foes, collect new gear, and face down with an all-new boss, the Tempest Golem.  The paid DLC's release will also coincide with a free update, "Apocalypse Plus," which tacks twenty new difficulty levels onto the current Apocalypse VII maximum.  Naturally, new items and enchantments will come with those new levels to give you even more to look forward to.

Minecraft Dungeons offers online and local co-op for up to four players.  It's currently available on PC, Xbox One, PlayStation 4, and Nintendo Switch.