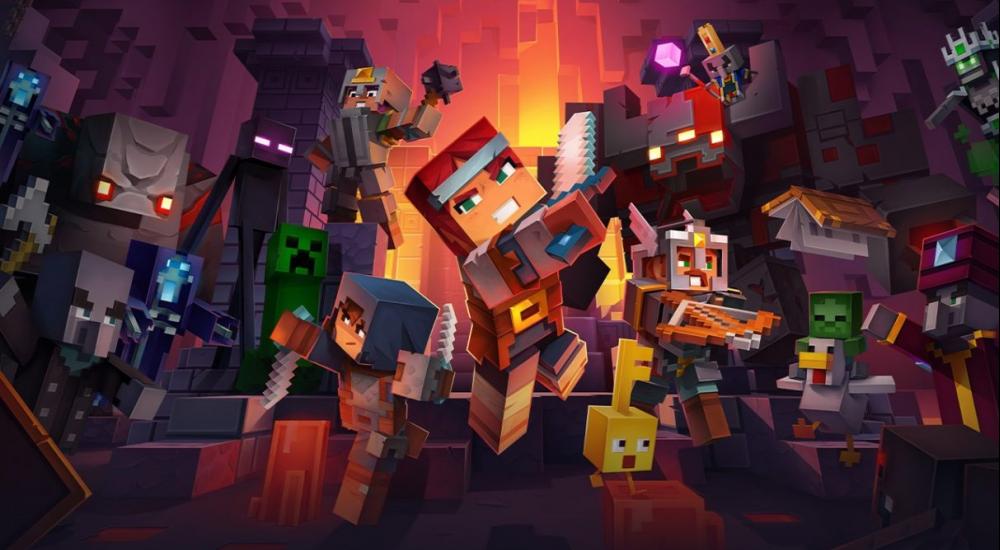 Minecraft is the top selling video game of all time, starting at its roots as a small indie game all the way to the franchise being purchased by Microsoft. It spawned an entire genre of video games and continues to be insanely popular among families of gamers. Spin-offs were inevitable, the first was a proper "story" game in Minecraft Adventures and now players will get an action rpg flavor in Minecraft Dungeons.

We dove into the $20 title last night in our regular Twitch Stream to see just what the game offers. Make no mistake, this isn't a Diablo clone by any means, but what Minecraft Dungeons does is takes bits and pieces of that formula and applies it in a way that's much more consumable by the masses. Instead of a giant interwoven campaign players choose individual dungeons to tackle with various levels of difficulty each yielding better and better loot. Once complete it back to the hub world to re-arm and dive back in. Character classes don't exists in Minecraft Dungeons, instead whatever players equip make up their role. Various artifacts can be found which effect your special abilities like healing totems, grappling hooks, and AOE damaging fireworks. Weapons and armor utilize a system called enchantments, each unlocked with every character level earned from XP gains. These enchantments then allow you to customize special abilities onto your attacks or defense. Cast poison clouds on attacks, leave a trail of fire on a dodge roll, or have a pet llama aid you in battle. These live with your equipment until you find a better piece of gear -  then you have to decide to scrap to reclaim the enchantment points or bank for use later.

On the co-op side of things, Minecraft Dungeons offers a fun friendly experience that feels a whole lot like Gauntlet. It's arcadey and fast, and while there's resurrections and healing - the focus is on offensive abilities and crowd control. Each player gets their own instanced loot and items making loot hording a thing of the past.

Check out our full impressions in the video below and let us know how you are enjoying Minecraft Dungeons!

Minecraft Dungeons is out now on Xbox One, PC, PlayStation 4 and Nintendo Switch. It'll set you back $20 and features four player online co-op or four player couch co-op.