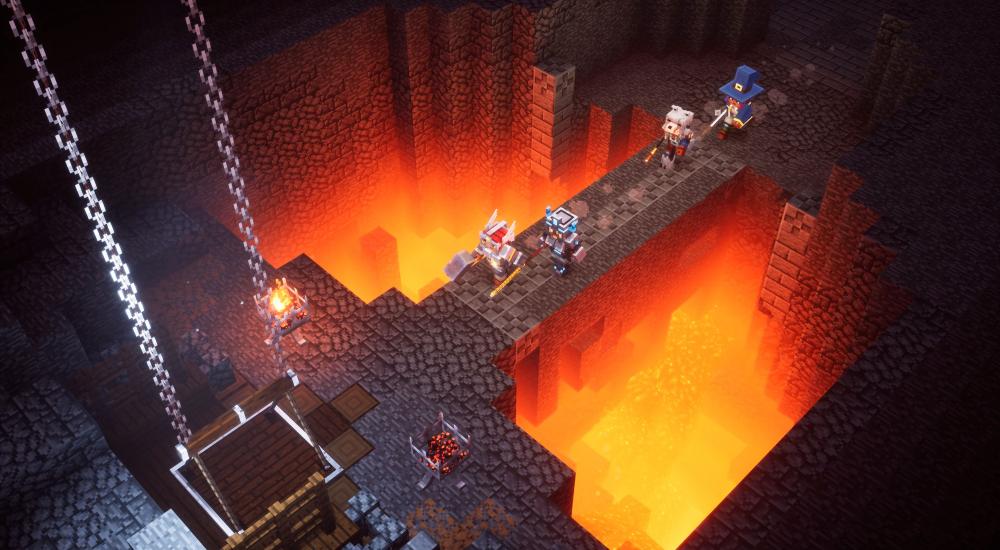 Playing and winning in an online sports betting site, such as SBOBET, is highly entertaining. Sometimes, though, you want to bring your family and friends together for a bit of gaming fun.

Here are our TOP FIVE co-op games coming in 2020 for you and your loved ones to pass the time and share incredible online adventures.:

Minecraft is the #1 selling video games of all time, and now the game is getting another co-op friendly title with Minecraft Dungeons. Imagine combining the gameplay and depth of Diablo with the family friendly nature of Minecraft.

Four players will be able to team up on Xbox One, PlayStation 4, PC, and Nintendo Switch when its released on May 26th.

Outriders is a co-op shooter role-playing game (RPG) currently being developed by People Can Fly (the same studio that introduced Bulletstorm).

The new game will be available on XBOX SERIES X, PlayStation 5, and PC. It is expected to be released in 2020.

People Can Fly promises rich storytelling in the game, outlining the story of humans who will be in search of a new planet to call home following Earth’s destruction.

The players will then find an alien planet that is home to malevolent creatures. The goal is to fight the enemies and learn the secrets of that foreign world.

A sequel to Dying Light that Techland released in 2015, Dying Light 2 is a first-person, open-world, zombie apocalyptic-themed action gameplay.

It has new, adaptive storytelling and a more complicated world during the zombie apocalypse. The new game world is four times bigger than the previous one.

You will play the character of Aiden Caldwell, who is an infected survivor. As you explore the world, you will undertake some side quests. Your choices affect the flow of the game.

Dying Light 2 will feature co-op multiplayer for up to four participants. It will be released for Xbox One, PS4, and PC sometime in 2020.

If you love League of Legends, you will look forward to a new creation from Riot Games called Valorant.

It is an upcoming multiplayer, first-person, tactical shooter game set in the future Earth. As a tactical strategy, Valorant requires players to communicate with team members so that they can strategize and succeed in every mission.

Free-to-play, the game will feature various characters called “Agents,” each with a rare set of four abilities. Two of these abilities can be bought with the money that you will earn during rounds. Once you have picked an “Agent,” you will be using the character for 24 rounds (an entire match).

Fans can expect to play Valorant in the coming summer when it should feature a practice mode for true co-op action.

Crystal Dynamics, the developer that introduced the Tomb Raider game franchise, will be bringing out Marvel’s Avengers. It was originally scheduled for release in May, but the developers decided to finetune the game for September 2020 instead.

Crystal Dynamics promises cinematic storytelling in the action-adventure game. It will give off a narrative-driven experience that will keep players engaged.

What other co-op games are you looking forward to jumping into this year?