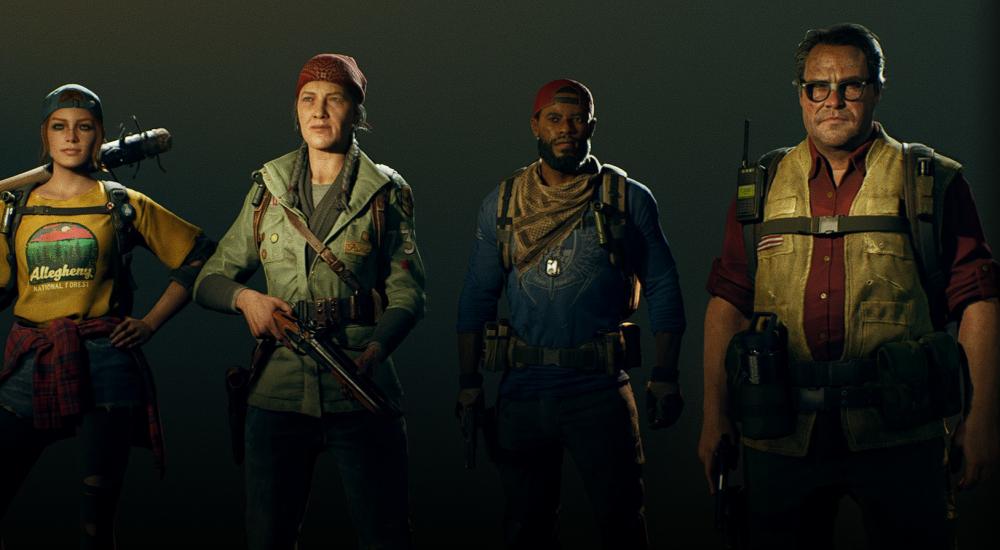 Earlier this week we had the opportunity to check out Back 4 Blood, the latest from Turtle Rock Studios. During their sneak peek event we played through a PVP session and a lengthy co-op campaign. My initial thought was "how do you improve on a pillar of co-op gaming like Left 4 Dead?" After playing for a couple hours, I can say it has a lot of cool things going for it.

What is most important for me in this type of first-person shooter is the emergent storytelling that comes from playing with your friends. Left 4 Dead and its sequel were so wildly popular back in the day because of those shared tales that would get retold between your friends, and even outside of your group. Jason can't count how many times when he would talk to folks about their favorite co-op experience, they would regale him with some story about "ok, so this one time my buddies and me were playing Left 4 Dead and... " Back 4 Blood totally nails this and I'm excited for people to be able to share stories about their time together fending off the Ridden [read "zombie" in B4B terms].

We have the play though of our attempted "run" [read "campaign" in B4B terms] cut up into levels, so here is the first one to enjoy.

To quickly breakdown some of what you see here, each player chooses a character to play with each character providing a passive team boost. For example, Holly gives everyone a slight bump to their Stamina. Before you start your run you can talk with an NPC in the camp (which also serves as a lobby) to choose which cards you want in your deck. These cards provide you with additional abilities (such as replacing your basic melee/shove attack with a combat knife) or stat boosts (e.g., increased health or stamina). You can choose one of these cards between each level of the run. The stat boosts are cumulative so by the time you get to the last level, you should be better able to handle the Ridden threat than you were at the start.

Weapons are divided up into 5 broad categories: Rifles, Snipers, Shotguns, Pistols/SMGs, and Melee. Ammo is subsequently divided up into these same categories (Melee excluded, of course) and as you progress through the level, you'll find different attachments that can affect the underlying base stats of these weapons. A particular scope, for instance, will give you increased zoom and stability at the cost of less mobility when aiming down sights. You can freely swap out attachments when you encounter them - leaving your old attachment behind as a pick up for a teammate - but you cannot swap attachments between guns. Aside from that, Back 4 Blood still contains the tried and true 4 player co-op experience that relies so heavily on teamwork and communication, but it has tightened the screws on the shooting and difficulty ramp up as you progress through your run. Jason has also provided some quick thoughts about his limited time with the game.

When you think about the way first-person shooters have evolved the past few years, as well as the rise of certain gameplay mechanics/trends, Back 4 Blood feels like the most logical evolution of the cooperative zombie shooter. Instead of campaigns, you're going on a "run" that contains perks/currency that are only viable for that run. Between each completed level you get to choose a perk from a limited selection of cards from a deck, which you build beforehand. The weapons you use to fight off the Ridden are still scavenged as you make your way through, but now you can get a variety of attachments to boost handling, mobility, magazine size, and overall damage that come in a variety of rarities. At the start of each level you can use the copper you've picked up along the way to buy upgrades that are good for that run only, as well as ammo and single-use items. As you complete levels and full runs, you'll earn a different currency that you can spend to unlock new cards to add to your deck and cosmetics. It is as if Left 4 Dead, Player Unknown's Battlegrounds, and any number of rogue-lites were tossed into a blender. That initially sounds like a recipe for disaster, but somehow it all works.

I think that's due, as Locke talked about above, to the game nailing the emergent storytelling that made Left 4 Dead so great. We've played a number of co-op titles over the years that have tried to be "the next Left 4 Dead," and while a few have been close, most missed the mark. I'm hard-pressed to explain exactly why that is or what about Left 4 Dead makes it work so well (it is certainly a "more than the sum of its parts" situation), but it isn't too surprising that the development studio that was responsible for the co-op game that started this particular craze has managed to capture that magic again. I'm eager to see how things shape up after its full release as I already have that feeling that Back 4 Blood will give you and your buddies with stories to share for years to come. Locke again and just like Jason, I'm excited to play more. I can't wait to explore the vast maps, play with weapon loadouts, and experiment with different decks to take on runs.