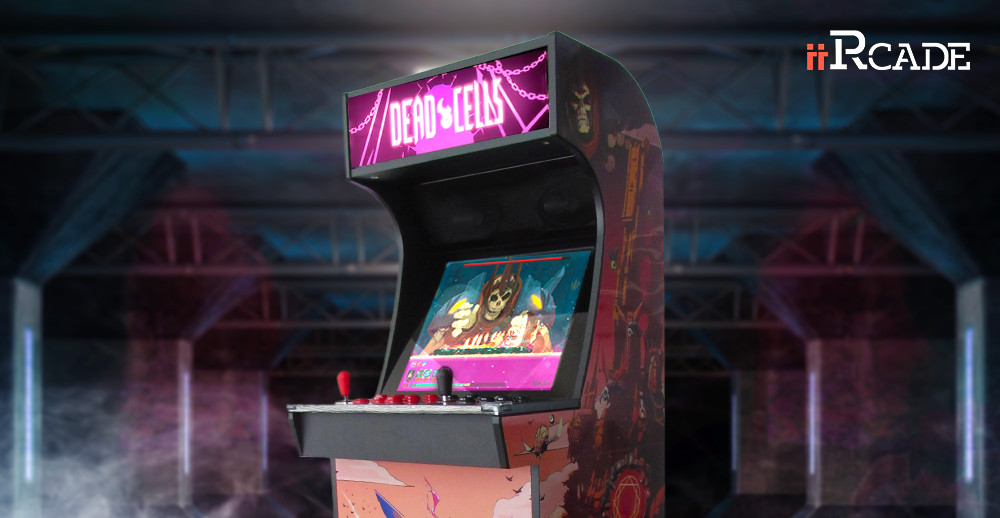 iiRcade recently implemented huge end-of-year discounts on its entire line of home arcade cabinets. Savvy observers guessed that the manufacturer might be clearing out stock before announcing new hardware, and that brings us to today. At CES 2022, iiRcade announced its new Premium Arcade Console line. The new first premium machine will feature Dead Cells artwork and several enhancements over previous models. This announcement is especially exciting for me because my greatest concern about iiRcade cabinets prior to buying one was always the look of the cabinets themselves. I prefer a more arcade-accurate appearance, and that's just what the new Premium Arcade Console provides. It looks great!

Some things about the Dead Cells Edition of the iiRcade Premium Arcade Console remain up in the air, including pricing and whether the game Dead Cells (A Roguelike Metroidvania platformer) will be included with the machine or sold separately (I'm betting it'll be included). We do know that the screen and internal hardware will be identical to those of existing units, so games will play and perform the same between models. The premium machines will be sold only as upright cabinets, not bartops.

iiRcade announced its new premium line today both via press release and a YouTube livestream:

During the livestream, we glimpsed the new cabinet design with several different visual themes, including Toejam & Earl and Dragon's Lair. These versions are simply proof of concept models and have not been official announced. I sure hope the Toejam & Earl cabinet comes to market, though. It's a beauty!

The new Dead Cells Edition of iiRcade will be available for pre-order starting in Spring 2022 on the iiRcade website. Pricing will be announced soon - let's hope it doesn't break the bank!

We're still working on our review of the iiRcade Double Dragon Black Edition, but I can already tell you that's it's a well-built machine with a great lineup of (mostly lesser-known) games available to purchase. We look forward to the continued growth of the platform and more details about the newly announced unit!