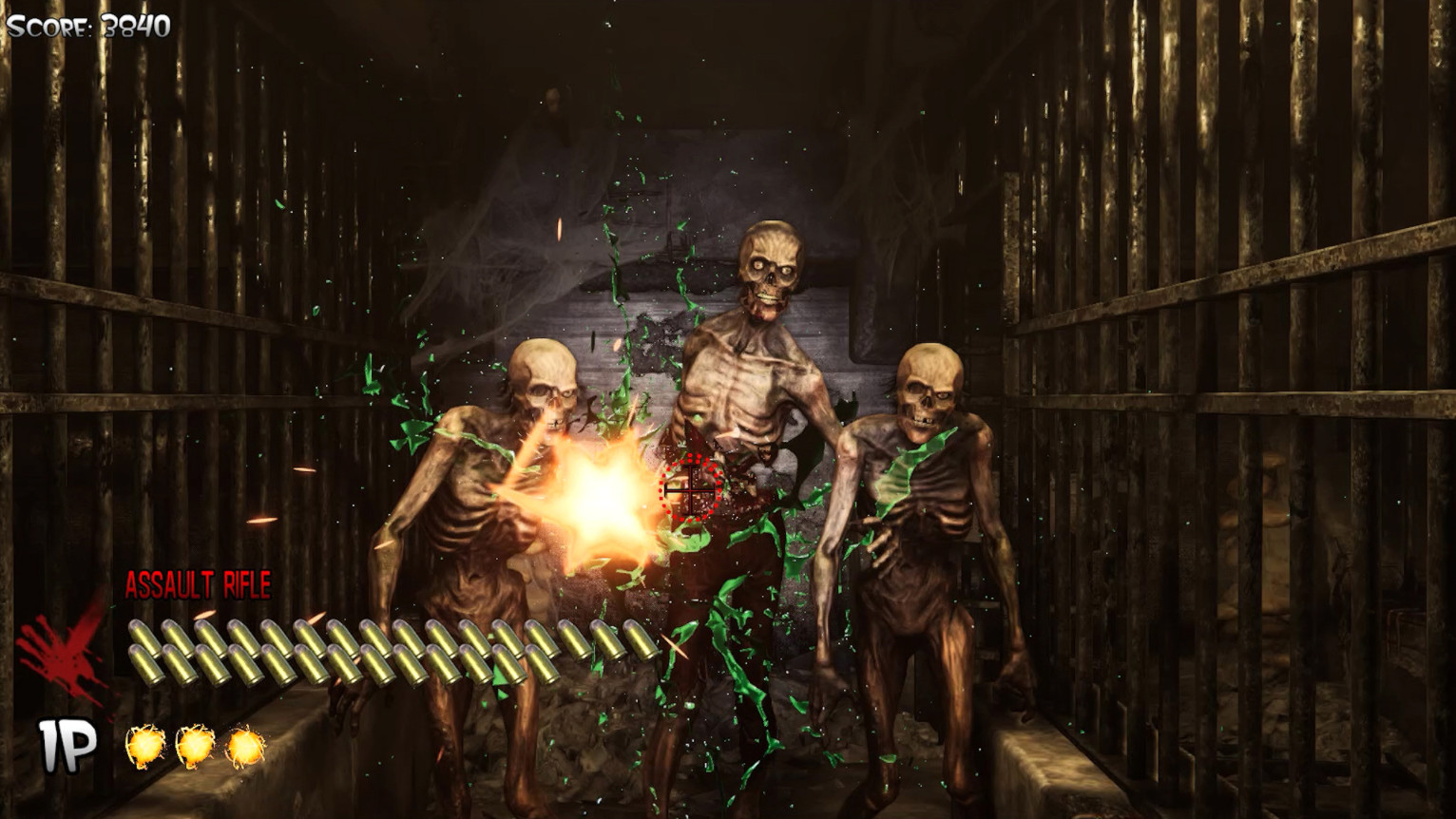 Nearly a year ago, Forever Entertainment, the studio behind the excellent Panzer Dragoon: Remake, announced that it would be remaking another Sega classic: The House of the Dead. The remake didn't arrive as planned last year, but the wait will finally come to an end soon. House of the Dead: Remake will arrive on Nintendo Switch at the beginning of April, complete with the series' traditional 2-player local co-op.

The House of the Dead is a light-gun shooter that was originally released in arcades in 1997 before being ported to Sega Saturn and PC. At some point, Sega apparently lost the source code, which has prevented further ports of the original game. Thankfully, Forever Entertainment has taken up the task of rebuilding the game from scratch so that a new generation of gamers can enjoy on-rails zombie-shooting thrills. What features does this remake sport? How about:

The built-in Achievement system might hint towards an eventual release on platforms that do have Achievements, namely Xbox, PlayStation, and Steam. Panzer Dragoon: Remake first launched on Switch in early 2020 before later being ported to other platforms. It's likely that HOTD will follow a similar release schedule even if no such announcement has been made just yet.