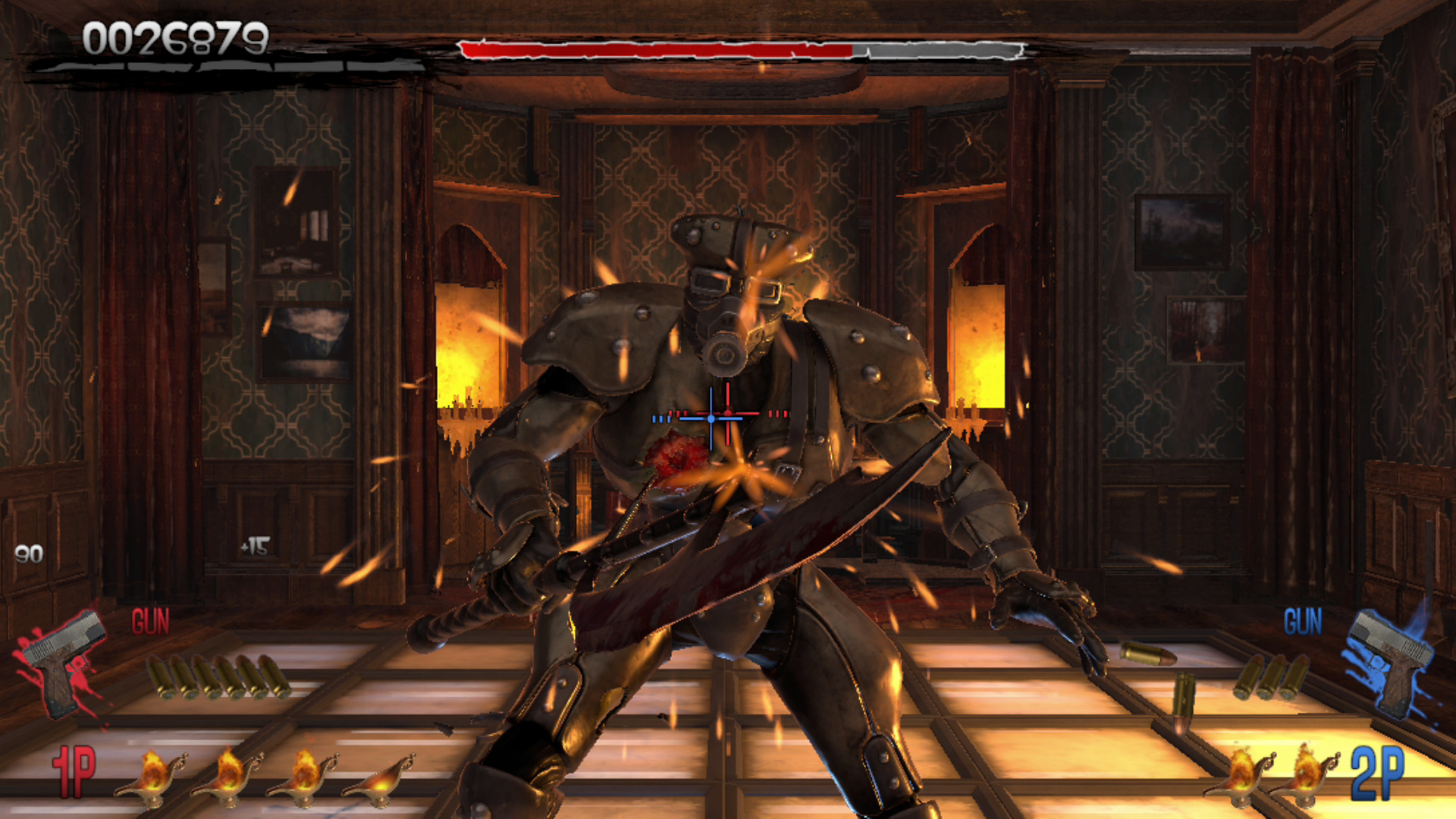 The House of the Dead: Remake is finally available on Nintendo Switch. Resurrected by Forever Entertainment, the same masterminds behind Panzer Dragoon: Remake, this new release is a faithful from-the-ground-up recreation of SEGA's original House of the Dead light-gun arcade game. Naturally, it substantially improves the graphics over those of the aging 1996 arcade game. The Switch version also adds an optional performance mode in order to keep the frame rate high. Gaze upon our many screenshots of the first level to see!

This gallery showcases Performance Mode, in which graphical detail is dialed down a bit in order to maintain a smooth frame rate. Disabling Performance Mode will result in higher quality graphics with a lower frame rate. Let's hope an Xbox Series S|X version (unannounced) will really showcase the remake's graphics work sometime in the future. Trust us, though: the Switch version is very playable in Performance Mode.

Get the digital version of The House of the Dead: Remake for $24.99, or check out the physical limited editions from publisher Forever Entertainment (worldwide shipping available).