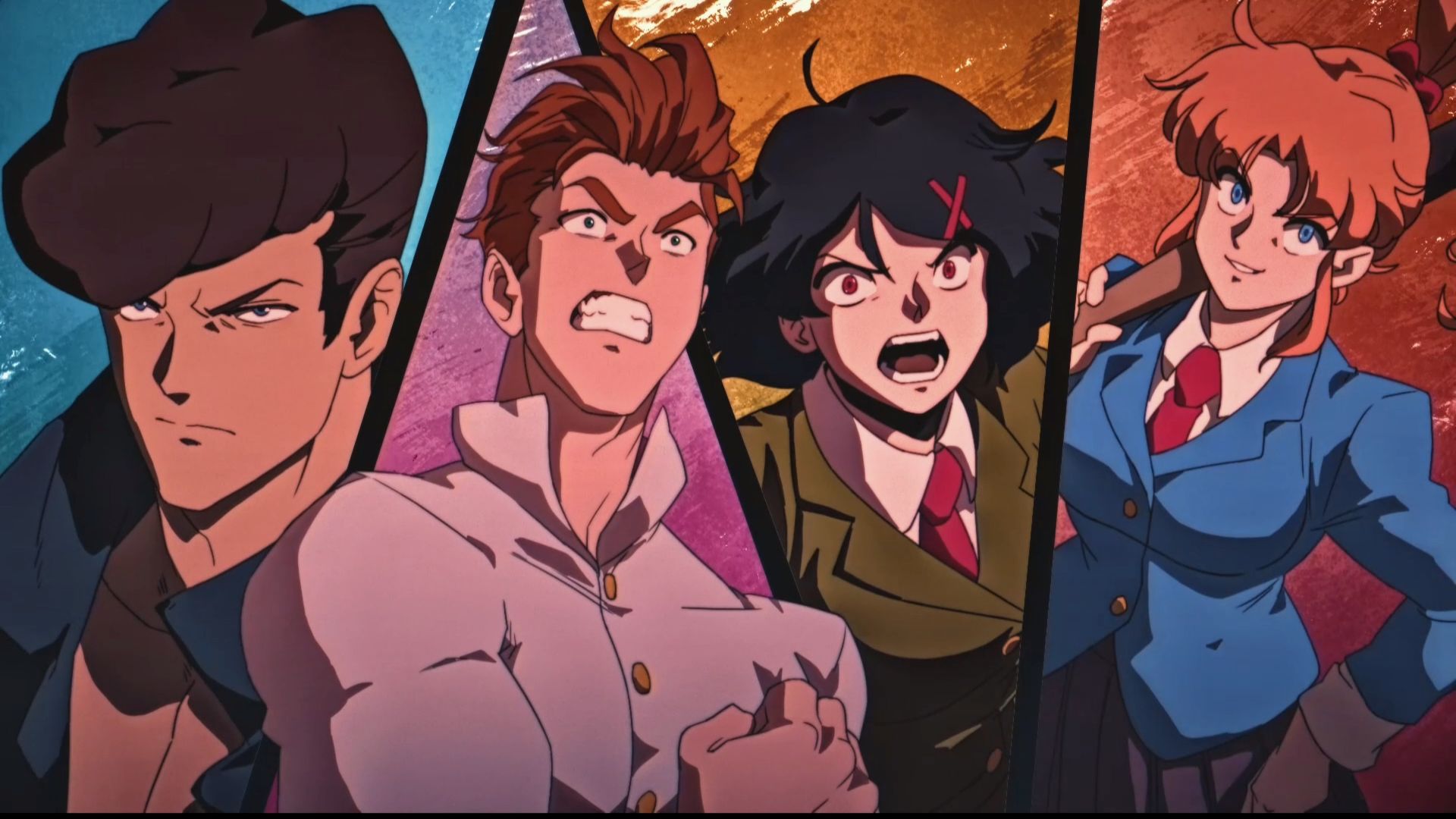 First announced in the summer of 2021, River City Girls Zero arrived on Switch earlier this year. The wait for other platforms, however, has been much longer. At last, the Xbox and PlayStation versions of this retro beat ‘em up have arrived. River City Girls Zero is a lightly enhanced remake of a classic beat ‘em up in the River City/Kunio-kun series and also a prequel to WayForward’s modern River City Girls games. The new version is the first time the game has been officially available in English, and it features 2-player local co-op to boot.

River City Girls Zero begins with a newly created anime intro featuring Kunio, Riki, Kyoko, and Masako, the four main protagonists of the River City Girls series. Upon starting a new game, players will also be treated to a new, fully voiced digital comic that sets up this classic game’s place in the series storyline. Players can also choose between two different translations (one more serious than the other), enable widescreen borders, and view scans of the Japanese instruction manual and 3D recreations of the original box art and cartridge. The story starts with Kunio and Riki, the stars of the first River City Ransom, framed for a hit and run killing. The two heroes quickly wind up in prison, where they let their cellmates know who’s boss. Before long, Kunio and Riki will get out of jail and seek out their girlfriends, Misako and Kyoko, for help. All four characters are playable, with inactive characters serving as extra lives once the active character(s) get knocked out. The game features a heavy emphasis on story, plenty of beat ‘em up action, and even 3D driving sequences to keep things fresh.

River City Girls Zero supports 2-player local co-op. The game sells for $14.99 on Xbox, PlayStation, and Switch. As for the Steam version, that’ll be arriving on Thursday, September 22. For lots more info about the game, don’t miss our developer interview!