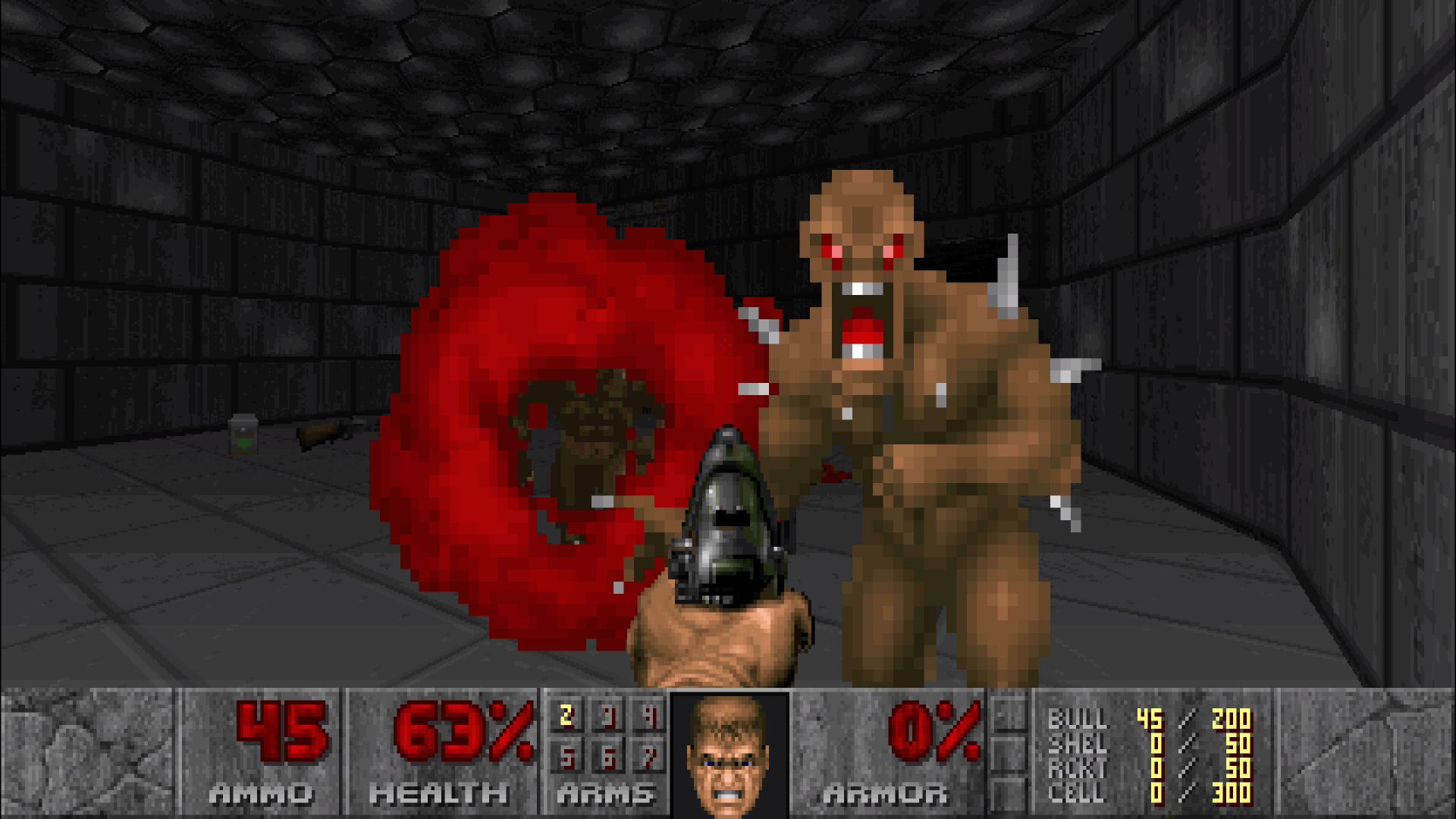 October is the spookiest month of the year, so creepy music is certainly in order. To celebrate the season, Scarlet Moon Productions has released Scarlet Moon Halloween Volume I on digital storefronts. The album features a total of seven tracks from DOOM, Metroid, Castlevania, and other scary and/or gothic games. It's a festive and catchy album, to be sure. All seven songs are great covers. For me, the two Metroid songs are the best ones, really capturing the sci-fi gothic atmosphere of those games. "Sinister" from Episode 2 Mission 6 of DOOM (pictured in these screenshots because we're hardcore!) is a great rendition of the original song, ramping up its inherent creepiness (and working in a malevolent voice sample). Peter Reid Jones, the artist responsible for this version of "Sinister," is the composer for RWBY: Arrowfell (which was almost a co-op game), Monster Sanctuary, and Evil Tonight.

Holiday-themed gaming music albums are such a cool idea that I bought this one up right away. My only criticism of the album is that it's too short. With just seven tracks, it will repeat really quickly. Of course, the low price reflects the song count, which is fair. We can always check out the existing Scarlet Moon Christmas or its many sequel albums once December rolls around!

Check out the original version of "Sinister" from DOOM:

Scarlet Moon Halloween Volume I sells for $6.93 on Amazon Music and $6 on Bandcamp.