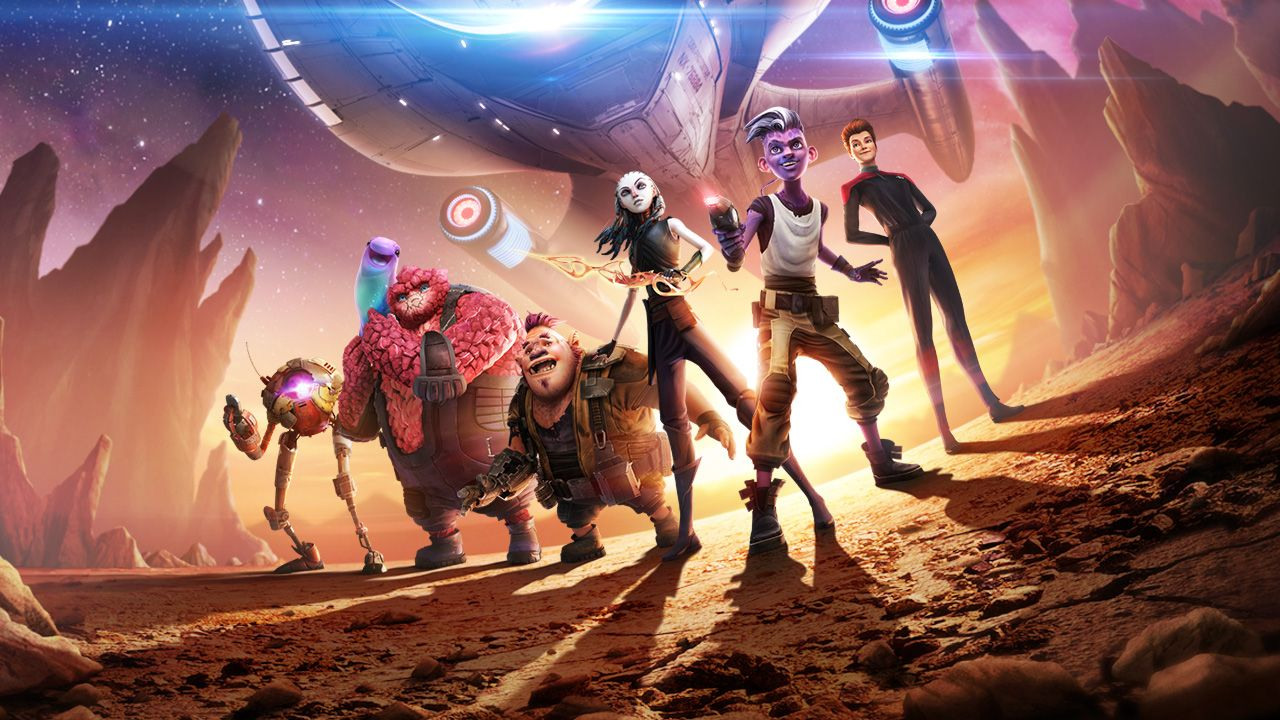 Star Trek has experienced a resurgence lately thanks to an arsenal of new shows on the Paramount Plus streaming service. Strange New Worlds and Lower Decks are the clear cream of the crop, but the animated Prodigy show stands out as the first Star Trek series aimed at kids in many years. Now kids and other fans can experience the show in a whole new way, as Outright Games and Spanish developer Tessera Studios have released Star Trek Prodigy: Supernova on consoles and PC. The game features 2-player local co-op, so aspiring captains can bring along a first officer to share in the fun.

The story of Star Trek: Supernova involves the U.S.S. Protostar investigating strange readings from a dying star. The members of the crew end up scattered around the galaxy, leaving only the show’s cast members, Dal R’El and Gwyndala, to rescue them. The adventure will span multiple planets and include new alien species to meet. Players will also battle an original nemesis and his army of evil robots. Gameplay consists of combat and puzzle solving – a good combination for co-op. Given that Supernova comes from Outright Games, a publisher focused primarily on licensed titles, gamers shouldn’t expect the highest production values from this title. According to Steam reviews, the comic book-style intro is fairly underwhelming. However, the actual in-game graphics do look quite nice and capture the feeling of the show. Janeway is in the game too, which is always cool!