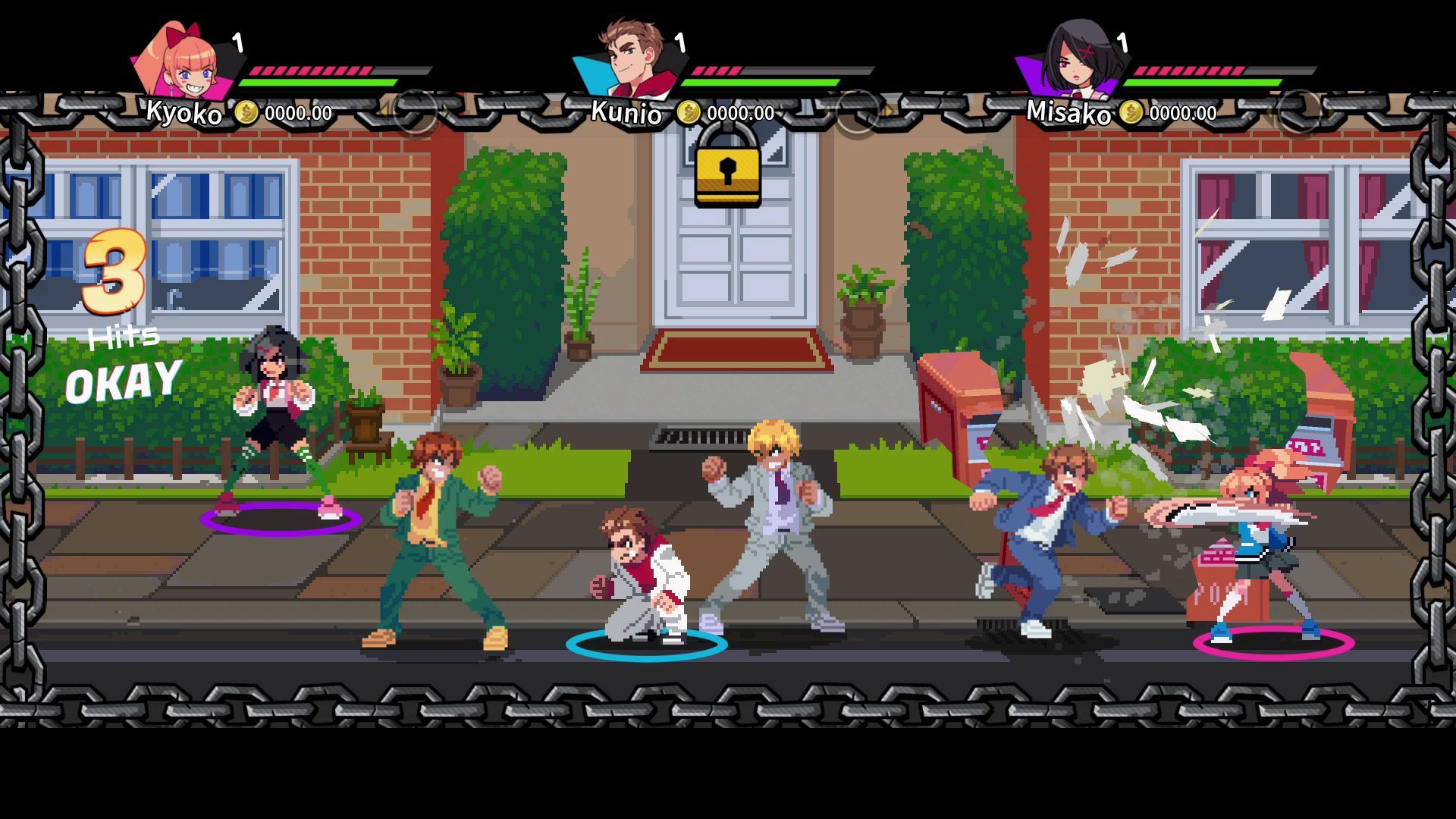 When we interviewed WayForward about River City Girls 2 just ahead of launch, the developer let slip that their new beat 'em up RPG would feature cross-play. Now the game has launched (in all regions) at last, and it does indeed feature cross-play co-op! Even Xbox and PlayStation gamers can team up together. That makes River City Girls 2 an even more exciting proposition, to say nothing of the huge world, engaging story, fine-tuned combat, and 4-player local co-op.

River City Girls 2 opens with an amazing animated intro video followed by a fully-voiced motion-comic that depicts the escape of the villainous Sabu from prison. A super powerful yakuza crime lord, Sabu blames Misako and Kyoko, the titular River City Girls, for the humiliation of his family in the previous game. Soon, Misako and Kyoko find themselves kicked out of school and confined to Misako's home. There our heroines while away their time playing video games until a fateful event finally leads them back into town, a town filled with gangsters who are out to get them. To start with, River City Girls 2 features four playable characters: Misako and Kyoko (who both debuted in River City Girls Zero) and Kunio and Riki, the stars of the first River City Ransom. Two additional characters, Provie from River City Ransom: Underground and Marian from Double Dragon, will unlock with story progression. Each character earns money and experience independently, so the game will have loads of replay value for completionists. Online co-op supports two players. Note that both host and guest must have the same region selected in order to play together, so we recommend setting your region up rather than leaving it on "auto." If the host chooses a private game, RCG2 will create a lobby ID code (visible from character select and the pause menu) for the guest to input before joining. You don't need to do anything special for cross-play other than leaving it enabled; a PlayStation friend was able to join my Xbox-hosted game both via public and private games! Cross-play was flawless in our experience, though it seems like RCG2 simply runs a little slower than the first game.