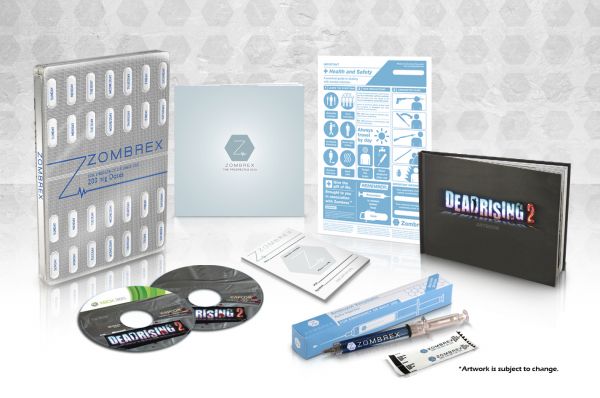 If you're looking to get your zombie killing fix, and lets face it, who isn't - today's co-op release is right up your alley.  Capcom's Dead Rising 2 finds its way to North American store shelves complete with online two player co-op.  The reviews around the web are starting to trickle in, we'll have the Co-Optimus one on Monday, but overall they've been pretty positive.

The main draw for the Dead Rising 2 is the new weapon building component, allowing you to combine different items you find throughout the game world to create new super weapons.  Chainsaws and a boat oar?  Yup.  Machine guns and a teddy bear?  It has that too.

While there's many improvements to both the save system and gameplay, the restricted time element does make a return.  What does that mean?  There's simply not enough time in the game to do everything in a single play through - survivors will perish.  It is the zombie apocalypse after all, you aren't Superman.

Whatever version you pick up - we can't wait to slaughter zombies with you!