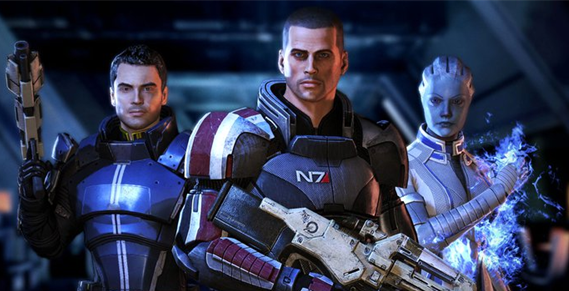 Next week's co-op juggernaut, Battlefield 3, will have a surprise in every box - a code that can be redeemed to download the Mass Effect 3 co-op demo.  The demo code in Battlefield 3 is part of the online pass program for that game from EA - so it's something you'll be doing anyway if you planned on playing the game's online co-op or versus modes.

The Mass Effect 3 demo will be out sometime in January and while the co-op demo, which also includes single player,  is exclusive to Battlefield 3 and a yet to be named "program" - there will be a single player only demo available sometime after that is available to all without the need to jump through any hoops.

Mass Effect 3 is currently set to launch in March of 2012 with a four player online co-op mode on the Xbox 360, PlayStation 3 and PC.  The co-op demo will be available on ALL platforms.

Remember the days when all you had to do was buy a $5 magazine to get a demo of like...6 games?