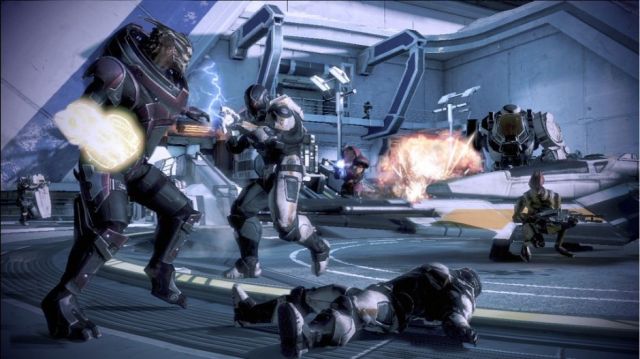 You could call me a Bioware fan. I've only played (and beaten) every single one of their games since Neverwinter Nights. But the sad thing is that since NWN, they have only been single-player experiences. So you can imagine my excitement when it was announced that finally, finally, co-op was coming to the Mass Effect franchise - and I'm pretty sure that a lot of you folks are just as excited as me.

For those of us who are latching on to any and all information about the co-op component of upcoming Mass Effect 3, a recent developer Q&A video has some choice tidbits. In it, Casey Hudson reveals that progression through co-op will include something called "kits." These kits sounds to be different race/class/specialization combinations. They won't be merely cosmetic differences, as different movement abilities and powers were mentioned. The game will ship with a wide variety of these kits and It was also hinted at that Bioware will be adding more after the game's launch.

For the full Q&A video, check it out below:

Mass Effect 3 will be out in March 2012, with a single- and multiplayer demo in January for Battlefield 3 purchasers. Also, if you missed our hands-on impressions of ME3 co-op, be sure to check it out!